There may be a new way to distinguish a person’s identity.

Bacteria in the mouth—especially bacteria located in gums—can tell you more about a person then could ever be imagined. The remnants are similar to that of a fingerprint, meaning it’s possible to tell some people apart based on these remnants. And yes, you can even tell a person’s ethnicity.

Scientists managed to pinpoint 400 different species of bacteria in the mouth based on about 100 participants in the study. The ethnicities involved included blacks, whites, Chinese and Latinos.

The results indicated that just 2 percent of bacterial species are seen in all people. The exact numbers, high or low, showed some similarities among people of the same ethnic group.

This research brings up the idea that not all dental treatment should be the same. It may make more sense to tailor the treatment to the person based on ethnicity and the person’s food consumption.

The information appears in the recent issue of PLOS ONE.

The research team, led by Purnima Kumar, associate professor of periodontology at Ohio State University, gathered samples of bacteria from saliva, tooth surfaces and under the gums.

More than 60 percent of bacteria in the mouth are still unclassified. The problem is that these bacteria won’t grow in a laboratory dish, making a comprehensive study challenging.

A person can exercise, eat healthy, brush and floss regularly and refrain from smoking—and it may not even matter. The results from this study show that genetics and ethnicity play a larger role in oral health than one would ever think. 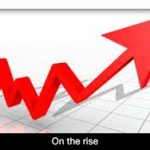