Vivian Letizia, a dentist in Stone Ridge, New York, was arrested on September 22 on a criminal complaint charging her with illegally dispensing controlled substances outside the course of professional practice and for no legitimate medical purpose.

The complaint alleges that Letizia wrote prescriptions for oxycodone for four individuals and filled those prescriptions herself at pharmacies in Ulster County, in addition to ordering oxycodone to her dental practice, all exclusively for her own personal consumption.

The United States Attorney’s Office of the Northern District of New York notes that the charges in the complaint are merely accusations and that the defendant is presumed innocent unless and until proven guilty.

Letizia also appeared on September 22 in Albany before United States Magistrate Judge Daniel J. Stewart and was released with conditions. If convicted, Letizia faces up to 20 years in prison, at least three years of post-imprisonment supervised release, and a maximum $1 million fine.

A defendant’s sentence is imposed by a judge based on the particular statute the defendant is charged with violating, the US Sentencing Guidelines, and other factors.

The case is being investigated by the Drug Enforcement Agency Albany District Office’s Tactical Diversion Squad and the New York State Bureau of Narcotic Enforcement. It is being prosecuted by Assistant US Attorney Ashlyn Miranda. 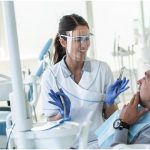 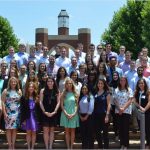