New Sweet Could be Beneficial

A German firm called Organobalance GMBH will launch a new sweet that claims to fight bad bacteria. It apparently does this by containing probiotic bacteria and stopping harmful bacteria from clinging to the teeth. This new sweet allows for the harmful bacteria to be swallowed and then excreted out of the body.

These sweets use the bacteria called lactobacillus paracasei.

The probiotic bacteria get released after sucking on the sweet. They eventually bind with harmful bacteria to prevent them from sticking to the gumline and enamel.

The information about this product appears in the journal Probiotics and Antimicrobial Proteins. The article demonstrated that 45 of the 60 participants showed lower levels of streptococcus mutans bacteria after eating one sweet. The results got better after more sweets were consumed throughout the study.

Tooth decay can generally be prevented by maintaining good oral care through brushing, flossing and visiting the dentist. If these sweets are proven to be effective, then this will be another way to fight off tooth decay. 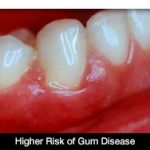