Utilizing dental floss may be a waste of time, according to a new book.

Ellie Phillips, author of Kiss Your Dentist Goodbye, claims that flossing provides no benefit with regards to preventing tooth decay. Phillips, who was one of the first female dentists to train at Guy’s Hospital London, proposes certain types of mouthwash for the function that she claims flossing doesn’t accomplish.

She suggests using a certain mouthwash to eat away at the bacteria, then another mouthwash after brushing and a third mouthwash to protect and strengthen teeth. Phillips also recommends chewing gum containing xylitol, which has proven to lower the risk of decay.

Phillips’s book likely will create controversy based on the recommendations of many other dentists, who for years have been saying that people should floss regularly. In Phillips’s favor, however, there isn’t an overwhelming amount of research to suggest flossing is 100 percent effective in eliminating tooth decay.

Other dentists would argue that in instances when dental floss doesn’t work, it may be an issue with the person utilizing the floss. The person may not be doing so correctly, making the flossing process useless.

While flossing benefits may be up for debate, there isn’t much debating about the controversy this book is sure to cause. 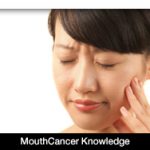 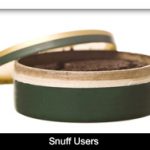