Lack of Knowledge May Result in More Mouth Cancer Cases

Not being educated about mouth cancer could lead to a major problem.

The number of people impacted by mouth cancer has risen drastically in recent years. A recent survey indicated that a lack of knowledge about the causes and risk factors for oral cancer may be why the amount of cases has gone up so much as of late.

The survey was conducted by the British Dental Health Foundation.

The reason for many of the responses in the survey is simple: people just don’t know enough information about mouth cancer. It’s unfortunate because mouth cancer kills more people than cervical and testicular cancer combined.

To avoid the risk of oral cancer, it’s best to visit the dentist on a regular basis. That way, any irregularities in the mouth will be noticed before it’s too late. 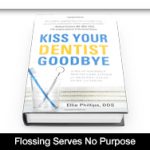