INTRODUCTION
Implant dentistry has been a field that has been evolving ever since the early investigator Brånemark introduced the process of bone osseointegration. Conventional implants use the concept of bone osseointegration to unite the placed implant and bone. This process often requires a healing process of several months after placement of the implant. Mini dental implants are a continuation of the practice of minimally invasive dentistry where the osseointegration time is essentially minimized. With the technology of mini dental implants, patients can receive newer, faster, minimally invasive treatments.

Mini dental implants have been a viable and reliable addition to prosthetic dentistry ever since the FDA granted them 510 (k) acceptance in 2004 for long-term use in both fixed and removable prostheses.1 Since then, these implants have been used for a variety of different applications, and their placement has become exponentially more common in the recent past. Mini implants can be used for single-tooth restorations, multi-unit bridges, denture stabilization, immediate temporization, roundhouse fixed restorations, and a new “Fix on Six” method (as an alternative to All-on-4). With a variety of applications, the implants themselves range from 2.0 to 3.0 mm in diameter, whereas conventional implants are found to be 3.0 mm or greater. A 2012 retrospective analysis of 5,640 mini implants placed over a 12-year period and used in various treatment modalities in 1,260 patients showed an overall survival rate of 92.1%.2 Improvements in designs and techniques over the past 10 years have further increased the success rates of mini dental implants, which now approach 95%.

The significance of this is that minimally invasive dentistry is more important than ever as our aging population is growing. The advantages of mini implants are that they are less invasive than traditional implants, which require surgery of the gingiva and, oftentimes, bone grafting, bone augmentation, sinus floor elevation, augmentation, and or nerve repositioning.3 Mini dental implants can be used when bone is minimal, interdental space is insufficient, and/or when medically compromised patients have poor healing capability. They also benefit individuals whose financial resources are limited.4 Additionally, the osseointegration period required for minis is much shorter than that for conventional implants because of minimized disruption to the blood supply; therefore, the healing time is much quicker.5 Mini implants do not utilize the deep bone osteotomies required by conventional implants, thus reducing trauma to the bone and blood supply. These implants also avoid the need for invasive flap surgeries, grafting procedures, nerve repositioning, and bone and sinus augmentations. This reduces post-op complications and lowers the overall cost to the patient.

The most common reasons for failure of the implant are soft tissue that is too thick, improper parallelism, inadequate preoperative planning, placing too few implants, placing implants that are too short, poorly adjusted occlusion, improper loading, and poor consideration of occlusal forces.6 With adequate education on the correct surgical techniques, the survival of mini dental implants is predictable and statistically as successful as conventional implants.7

CASE REPORTS
Case 1: Single Anterior Tooth Replacement
A 57-year-old male patient presented with a missing left central maxillary incisor (tooth No. 9) (Figure 1). A CBCT scan (Genoray Papaya 3D Plus [Shatkin F.I.R.S.T.]) was used to measure the bone of the implant site (Figure 1a), and a 3-D CBCT surgical guide stent was fabricated. (Note: Stents and restorations in these cases are fabricated by Shatkin F.I.R.S.T. dental implant lab, utilizing Dr. Shatkin’s patented techniques.) A small, 1.2-mm pilot drill was used to a depth of only a portion of the implant length to avoid osteonecrosis from over-drilling (Figure 2). A 2.5/13 Mini Drive Lock from Intra-lock was placed through the stent using a contra angle adapter (Figures 3 and 4). An all-ceramic lithium disilicate crown (IPS e.max [Ivoclar Vivadent]) was then cemented (Shatkin F.I.R.S.T. self-curing resin cement at the same time as implant placement by using a surgical stent (Figure 5). A postoperative CBCT scan was taken, and the implant position was confirmed (Figure 6).

Case 2: Fix on Six
A 56-year-old male patient presented with an edentulous maxillary ridge previously using a full upper denture. A CBCT scan (Figure 7) and impressions were taken for an upper Fix on Six bridge (6 to 10 implants are typically used). Treatment was then planned for 10 Shatkin F.I.R.S.T. mini dental implants. A 3-D CBCT surgical stent was fabricated by Shatkin F.I.R.S.T. lab (Figure 8), and the patient returned 3 weeks later for placement of the implants. Implants were placed at site Nos. 3, 4, and 6 to 13 using size 2.5 mm × 11.5 mm Shatkin F.I.R.S.T. mini dental implants (Figure 9). Final impressions using Panasil with initial contact X-light (Kettenbach LP) and a bite registration (Silginat [Kettenbach LP]) were taken, implant housings were placed (Figure 10), and a temporary roundhouse restoration (prefabricated in the lab) was delivered using a resin cement to pick up the housings. The final Fix on Six zirconia/porcelain bridge was delivered 2 weeks later, again utilizing O-ring housings (Figure 11), making the restoration detachable by the dental office at subsequent cleaning visits. A post-op CBCT scan was taken, and the implant positions were verified (Figure 12).

Case 3: Denture Stabilization
A 65-year-old female patient presented with a loose full upper denture with a very narrow ridge (Figure 13). A CT scan (Figure 14) and initial impressions were taken, and the patient returned 2 weeks later for custom tray impressions and a bite registration. Two weeks after that, the patient was seen for a wax try-in. At the next visit, 6 Shatkin F.I.R.S.T. mini dental implants were placed using a free-hand technique, without a surgical stent, in site Nos. 4, 6, 8, 9, 11, and 13 (Figure 15). O-ring housing abutments were placed on the o-balls of the mini implants (Figure 16). Holes were placed in the denture (Figure 17). The denture was tried in the patient’s mouth to confirm full seating. The holes in the denture were then lined with pink housing resin reline material. The denture was then seated firmly on the O-ring housings, and the patient was instructed to bite down for 3 to 5 minutes. The denture containing the housings was removed, smoothed, and adjusted to avoid patient discomfort and sore spot development (Figure 18). A post-op CT scan (Figure 19) was taken. The patient was instructed to continuously wear the dentures for the first 24 hours after placement; this would allow the tissue surrounding the implants to heal without advancing up around the neck and o-balls of the implants (Figure 20).

CLOSING COMMENTS
Placing mini dental implants is a minimally invasive procedure used for multiple modalities in both removable and fixed restorations. These simple procedures are changing the direction of implant dentistry, allowing more patients to benefit from these innovative techniques. The authors firmly believe that mini dental implants provide options that are less invasive and less painful, have less and accelerated healing times, and call for fewer visits to the dental office, and the cost is less than conventional implants, which leads to a greater acceptance by the average patient. We believe that placements of mini dental implants will surpass conventional implants and be the hallmark for implant delivery in the future. At the recent World Symposium of Mini Dental Implants held in Buffalo, Dr. Gordon Christensen said, “I never thought I would say this, but small-diameter implants are here to stay and are excellent compared to large-diameter implants.”

Dr. Shatkin could not agree more and has been preaching this for the last 19 years.

Dr. Shatkin is a 1989 graduate of the University of the Pacific School of Dentistry. He is the president emeritus of the International Academy of Mini Dental Implants and the owner of Shatkin F.I.R.S.T., LLC, a mini dental implant specialty laboratory. Dr. Shatkin is in private practice in Amherst, NY. He can be reached at tshatkin@shatkinfirst.com.

Mr. Ghafarian graduated from the University of Georgia in 2017 with a BS in psychology and biology. He currently attends TUSDM as part of the class of 2022. He is pursuing family dentistry with a focus on utilizing advancements in digital dentistry to provide patients with the best prostheses and restorations and is interested in incorporating implant dentistry into his education. He can be reached at arman.ghafarian@tufts.edu.

Mr. Shatkin is a graduate of SUNY at Buffalo State College with a bachelor’s degree in history and a minor in chemistry. He received a master’s degree in biomedical science from Barry University and is presently in his second year at Tufts University School of Dental Medicine (TUSDM) in Boston as part of the class of 2022. He can be reached via email at jared.shatkin@tufts.edu.

Mr. Hayes earned a BS in chemistry and biology from Gordon College in 2017 and an MS in biomedical sciences from Tufts University. He is currently attending TUSDM and will graduate in 2022. Upon graduation, he will commission into the US Navy Dental Corp. He has aspirations of completing a prosthodontics residency. He can be reached at kyle.hayes@tufts.edu.

Dr. Spulecki graduated from the State University of New York (SUNY) at Geneseo in 2015 with a BA in biology. He completed his dental education at the New York University (NYU) College of Dentistry in 2019. He is pursuing general dentistry while continuing his post-graduate studies at NYU Langone Dental Medicine’s Advanced Education in General Dentistry program in Buffalo, NY. He can be reached at ts2984@nyu.edu. 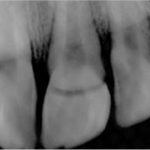 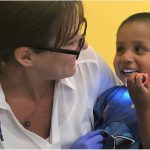