If you have trouble remembering things, there may be a reason.

New research shows that tooth loss may cause people to have memory issues. The researchers determined that people with fewer natural teeth don’t have the same ability to recall events as people with a higher number of natural teeth.

The information appears in the online publication the European Journal of Oral Sciences and was conducted by research teams in Norway and Sweden.

These problems stem from fewer signals being sent to the hippocampus section of the brain, the part responsible for memory. The impulses are supposed to be stimulated by movement of the jaw and teeth, but aren’t in these cases of memory loss.

The logic of this theory makes sense because with fewer teeth, the teeth and jaw are not moving as often.

Based on the research from the study, there’s a direct correlation between the number of teeth and the performance on memory tests. The way this was determined was from people recalling memories, certain information and facts.

The study included 273 people between the ages of 55 and 80. The average number of teeth per person was 22—10 fewer than the full amount.

People with most of their own teeth were 4 percent likelier to have a better memory than their counterparts. This number was determined based on numerous factors. 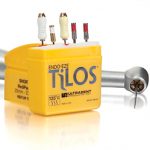 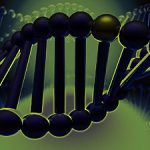