Researchers at University of Utah Health clarified a molecular pathway responsible for the formation of cleft palate and identified a new treatment to reverse this defect in mouse pups in-utero. These findings, published on September 5 in the journal Development, offer a new way to think about cleft development and could potentially yield treatments to prevent this common birth defect in people. Rena D’Souza, DDS, PhD, and her team revealed how the interplay between 2 genes, PAX 9 and Wnt genes, at a critical window of development is needed for the palatal shelves to grow and fuse in the midline. “For the first time, we can show the involvement of the Wnt pathway during palate fusion,” she said. Like people born with a cleft palate, the 2 sides of the palate fail to fuse in mice lacking the gene PAX9. At the molecular level, D’Souza found another abnormality. The mice missing this gene had an increase in 2 genes, called Dkk1 and Dkk2, that block the Wnt signaling pathway. D’Souza attempted to rectify that change by administering a pharmacological Wnt-based treatment that inhibited Dkk (WAY-262611) intravenously during a critical window of the pups’ gestation, when palate formation is initiated and ongoing. Treatment restored palate fusion in all of the pups tested. The drug works by blocking the Dkk genes and restoring the Wnt pathway. The researchers found no adverse health effects after monitoring the mother mice and their pups exposed to the treatment for 18 months. Future work is necessary to investigate if it is safe and effective to deliver a drug to human babies in-utero or directly to newborns with palate defects. 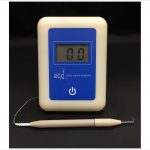 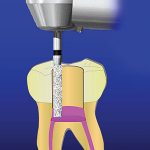