Daylight-saving time this year begins March 11, and while we all might look forward to another hour of sunshine a University of Alabama at Birmingham expert says the time change is not necessarily good for your health.

"The Monday and Tuesday after moving the clocks ahead one hour in March is associated with a 10 percent increase in the risk of having a heart attack," says UAB Associate Professor Martin Young, Ph.D., in the Division of Cardiovascular Disease. "The opposite is true when falling back in October. This risk decreases by about 10 percent."

The Sunday morning of the time change doesn’t require an abrupt schedule change, but, Young says, heart-attack risk peaks on Monday when most people rise earlier to go to work.

"Exactly why this happens is not known but there are several theories," Young says. "Sleep deprivation, the body’s circadian clock and immune responses all can come into play when considering reasons that changing the time by an hour can be detrimental to someone’s health."
Why is daylight-saving time tied to these? Young says:

Sleep deprivation
"Individuals who are sleep-deprived weigh more and are at an increased risk of developing diabetes or heart disease. Sleep deprivation also can alter other body processes, including inflammatory response, which can contribute to a heart attack. And, your reaction to sleep deprivation and the time change also depends on whether you are a morning person or night owl. Night owls have a much more difficult time with springing forward."

Circadian clock
"Every cell in the body has its own clock that allows it to anticipate when something is going to happen and prepare for it. When there is a shift in one’s environment, such as springing forward, it takes a while for the cells to readjust. It’s comparable to knowing that you have a meeting at 2 p.m. and having time to prepare your presentation instead of being told at the last minute and not being able to prepare. The internal clocks in each cell can prepare it for stress or a stimulus. When time moves forward, cell clocks are anticipating another hour to sleep that they won’t get, and the negative impact of the stress worsens; it has a much more detrimental effect on the body."

Immune function
"Immune cells have a clock, and the immune response depends greatly on the time of day. In animal studies, when a mouse is given a sub-lethal dose of LPS, an endotoxin that elicits strong immune responses in animals, the mouse’s survival depends upon the time of day they were given this endotoxin. Mice that were put through a phased advance much like Daylight Savings Time, and then had a challenge to their immune system, died, whereas the control animals that were not subjected to a phased advance survive when given the same dose of LPS, showing how an acute time change can be detrimental to the immune system response."

Luckily, the body’s clock eventually synchs with the environment, Young says. While some researchers are examining strategies to help the body resynch to time changes more rapidly, including pharmaceuticals to cure states like jet lag, he advocates a natural approach that eases your body into the adjustment.

Young suggests:
Wake up 30 minutes earlier on Saturday and Sunday than you need to in preparation for the early start on Monday Eat a decent-sized breakfast Go outside in the sunlight in the early morning Exercise in the mornings over the weekend (as long as you do not have pre-existing heart disease)

"Doing all of this will help reset both the central, or master, clock in the brain that reacts to changes in light/dark cycles, and the peripheral clocks — the ones everywhere else including the one in the heart — that react to food intake and physical activity. This will enable your body to naturally synch with the change in the environment, which may lessen your chance of adverse health issues on Monday."
He added that while melatonin can certainly influence sleep/wake cycles, and some people respond well to it and use it for jet lag, it does not necessarily work for everyone.
"For this one-hour time shift, I prefer the natural solution when possible." 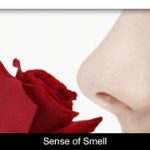