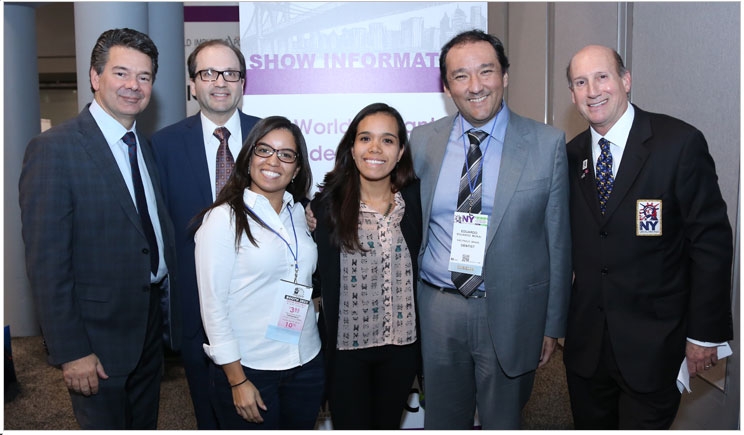 Aspiring practitioners from around the world gathered to present their research during the Scientific Poster Session on November 29 at the 2015 Greater New York Dental Meeting. The more than 170 presentations at the event covered groundbreaking techniques and technologies, as well as biology and behavior.

For example, Tatiana Pashkova, DDS, and Arshin Hotchandani of the New York University (NYU) College of Dentistry discussed surgical considerations with 3-D printing simulation for the maxilla and premolar area. Specifically, their work involved a 37-year-old female patient who wanted to replace a missing premolar tooth.

“The patient had a CBCT taken, and we generated a 3-D printed model from the cone beam with the radiographic template already there,” said Pashkova, a second year student in NYU’s International Implant Program. “With that, we were able to visualize the actual bony morphology of the patient and simulate the placement of the implant on the model as well.”

Without the technology, the team would have had to raise a flap and visualize the concavity, which could have resulted in bone grafting. This minimally invasive technique, Pashkova said, is geared toward general practitioners who now can easily place these implants. The students also see additional benefits from 3-D printing technology ahead.

“When I’m teaching and have a model like this, I can actually explain it to the student. You can see where the nerve is, this is how deep you can go, how you can change angulations,” said Hotchandani, a first year student. “It’s basically giving a more hands-on experience to the students.”

Miltadis Lagoudis, DDS, and Lara Ceballas, DDS, also of the NYU College of Dentistry, presented a poster on papilla regeneration using tuberosity area soft tissue. Moving grafts from the back of the mouth to the front, it is designed to be used in implants, crowns, and fixed dental prostheses, especially in the aesthetic zone, which represents the biggest challenges.

“By taking the graft, we de-epithelialize, and this tuberosity graft is more fibrotic, less adipose tissue. It’s less traumatic for the patient. There is almost no pain. And then we suture outside of the mouth,” said Lagoudis. “Two different sutures. And then you can slide it through. You slide the needle through by bending it.”

Lagoudis noted that the procedure is controversial, as no protocol exists for it yet. He also said that other techniques for regenerating the papilla have been tried with varying degrees of success. Yet this technique, he cautioned, requires surgical skill and may not even work at first when it is attempted.

“You might not get the result from the first time, because it’s very challenging to get a good result,” he said. “But the good thing is that you can do it again and again without compromising anything because you already have the incisions. That’s key to this technique as well.”

Seniors Iryna Shpindler, Ying Zhang, and Androf Whyte of the New York City College of Technology detailed the growing use of salivary biomarkers for systemic disease detection. Their presentation focused on 3 current methods—genomic, transcriptomic, and proteomic analysis—as well as their advantages and evolving applications.

“It’s noninvasive. It’s cost-efficient, cost-effective, time-efficient, and it’s painless. You don’t need a needle. All of this can be done chairside,” said Zhang. “If you are able to get a sample of a patient’s saliva, you run it through the lab. Here come the results, and it shows unique biomarkers for specific diseases.”

So far, salivary tests have been used to identify diseases such as HIV, hepatitis C, and, of vital interest to dentists, oral cancer. They also can be used to detect alcohol and drug use, assess cholesterol and antigens involved in pregnancy, and collect forensic evidence in sexual abuse cases, according to the students. In the dental office, these tests can even play a role in oral hygiene.

“When we’re providing the treatment to the patient, we can do the salivary test to see what kind of treatment would be better,” said Shpindler. “For example, instead of doing root scaling and planing, first we could do the test to diagnose what kind of bacteria is there, whether it makes sense to do antibiotic therapy as well.”

Also during the session, Rachel Ferlazzo and Julie Dukoff of Farmingdale State College discussed the emerging relationship between electronic cigarettes and the oral cavity. The students cited the established links between nicotine and periodontal disease, dry mouth, and canker sores, as well as the future effects of these devices.

“They’re so new. They’ve been around since 2007,” Ferlazzo said. “Who knows? Ten years from now, everybody could be smoking e-cigarettes. They could have all these problems, long-term health issues that haven’t manifested yet. And that’s another problem with them.”

With sugary flavors such as cherry, vanilla, chocolate, and even gummy bears, e-cigarettes could lead to tooth decay as well while tempting a new generation of teens and young adults to try them too. Ferlazzo and Dukoff, then, are calling upon dentists to better educate themselves and their patients about the dangers of e-cigarettes.

“When taking health histories, ask about all forms of tobacco and nicotine use, including cigars, cigarettes, chewing tobacco, snuff, and hookah, which is a big one,” said Ferlazzo. “When you’re talking about cigarettes with a patient and using an evidence-based approach, maybe that would help them quit.” 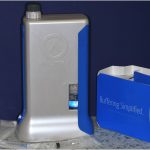 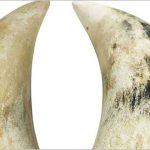