﻿A new study has produced the strongest evidence yet that fluoride in drinking water provides dental health benefits to adults, even those who had not received fluoridated drinking water as children. In the first population-level study of its kind, the study shows that fluoridated drinking water prevents tooth decay for all adults regardless of age, and whether or not they consumed fluoridated water during childhood. The study was conducted by researchers at the University of North Carolina (UNC) at Chapel Hill and the University of Adelaide, Australia.
“It was once thought that fluoridated drinking water only benefited children who consumed it from birth,” said study leader Gary Slade, PhD, of the UNC School of Dentistry. “Now we show that fluoridated water reduces tooth decay in adults, even if they start drinking it after childhood. In public health terms, it means that more people benefit from water fluoridation than previously thought.” The researchers analyzed national survey data from 3,779 adults aged 15 years or older and selected at random from the Australian population between 2004 and 2006. Survey examiners measured levels of decay and study participants reported where they lived since 1964. The residential histories of study participants were matched to information about fluoride levels in community water supplies. They then determined the percentage of each participant’s lifetime in which the public water supply was fluoridated. The results, published online in the Journal of Dental Research, show that adults who spent more than 75% of their lifetime living in fluoridated communities had significantly less tooth decay (up to 30% less) when compared to adults who had lived less than 25% of their lifetime in such communities. 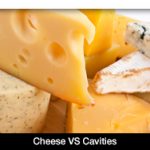