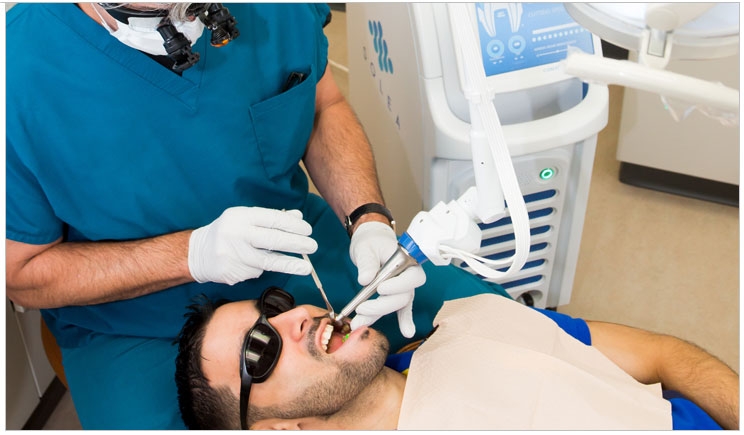 The Food and Drug Administration has approved Convergent Dental’s 9.3-mm Solea carbon-dioxide laser to perform osseous tissue procedures. In addition to cavity preparations and soft tissue surgery, it now can be used in bone cutting, shaving, re-contouring, resection, and more.

“You can do osseous procedures with less trauma,” said Michael Cataldo, CEO of Convergent Dental.

Dentists who use the laser virtually never use anesthesia. They save time because they don’t have to wait for patients to get numb, and patients avoid the discomfort that the numbness brings. Also, lasers produce virtually no bleeding, which reduces procedure time and improves the recovery process. Dentists who already have used the laser for osseous procedures have reported less necrosis and better recovery.

“That’s why people have been so successful with lasers. You sit down and get to work. And when that happens, you’re not getting patients numb, so you save the time of injecting. You don’t have to wait for them to get numb,” Cataldo said. “You can work on all four quadrants in one visit. You don’t have to schedule another appointment.”

The efficiency improvements have an effect on the practice’s bottom line, too. First, dentists who use the laser can simply complete more of the same procedures they always have performed. Second, users can add new procedures to the services they offer instead of referring them to other practices. And third, users can expect new patients.

“We have a guy in Arizona. He’s been using the Solea for over a year,” said Cataldo. “But he began marketing it 2 months ago. He saw 100% increase in new patients. He had word of mouth, and then he decided to promote it on social media. His new patient volume doubled. He actually added an associate and got a second laser.”

Cataldo attributes the Solea’s success to its unique wavelength. At 3 µm, erbium lasers get absorbed by water but pass through hard tissue, or hydroxyapatite. At 9.3 µm, though, Solea’s carbon-dioxide laser gets absorbed by hydroxyapatite and can cut, for example, 97% of what enamel is made out of.

“It vaporizes everything,” Cataldo said. “It is more efficient at cutting. It cuts much faster. And it’s lively.”

The Solea also relies on its selection of 6 spot sizes, which range from 0.25 mm to 1.25 mm, including coarse cuts. Software updates adjusting these sizes released each quarter improve the laser’s performance. Users enter a special PIN, and the system downloads the update over the office’s Wi-Fi network.

“Inside that white housing behind the handpiece are computer-driven motors that are tied to 2 mirrors mounted on the x-y axis,” Cataldo said. “The mirrors move to lay down light in a pattern. How many points are in the pattern, how many pulses, how many skips before it comes back on—the software drives all this. And what we update are primarily those patterns.”

“In the old days, with carbon dioxide, you varied the cutting speed by changing the distance from the tissue. As a result, the incisions looked like snowmen,” Cataldo said. “Now you just use the foot pedal, and you get scalpel-like incisions.”

Dentists can’t buy a Solea and get right to work, though. Convergent Dental requires three stages of training. The first comprises more than 60 online interactive modules that can be completed in a few hours. Next, one-day classroom sessions are held across the country including hands-on experience with the laser. Finally, users participate in the community and courseware available at SoleaDoctors.com.

“It’s all designed to support the dentist,” said Cataldo. “It’s not just the product. It’s all the tools you need to be successful.”

Warranties that cover parts, labor, and travel for maintenance personnel are available for the Solea. Looking ahead, Convergent Dental expects additional applications to emerge for the laser as practitioners begin using it in their daily practice.

“You’ll see lasers used for treatment, not just cavity prevention. Tartar and plaque removal. Whitening,” Cataldo said. “You’ll see lasers in every aspect of dentistry. Now that there’s a wavelength that’s highly absorbent of hydroxyapatite, you can really get into it.” 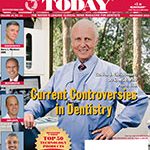 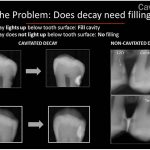