It may be essential to provide dental care for your child as soon as he or she is born.

A study by the University of Illinois confirms the belief that bacteria that leads to early childhood caries is present in infant saliva. ECC is a serious condition involving cavities and tooth decay.

That’s why about two of five children have cavities by the time they get to kindergarten. Children from low-income families are about 32 times more likely to have ECC based on a high-sugar diet and the possibility that the parents have a lower education level.

Previous studies claimed that children become infected with ECC from around 19 to 33 months. This study, however, indicates children develop ECC much earlier. Limiting infants’ exposure to sugar, as well as wiping their gums, are good steps to prevent ECC.

The DNA technology showed that many bacteria led to the development of ECC, not just a single bacterium. There was also a diverse community of bacteria associated with ECC.

This study may lead to more research involving bacteria present in infants’ mouths. The studies would focus on the bacteria in the mouth from the time the child is born until the first teeth erupt.

To prevent early childhood caries from developing, parents need to be more educated about their infants’ dental health. 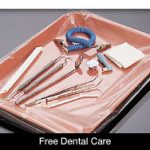 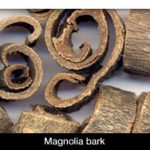