During the dream phase of sleep, the body’s stress chemistry shuts down, taking the edge off difficult memories. The finding may help explain why people with post-traumatic stress disorder suffer reoccurring nightmares.

“The dream stage of sleep, based on its unique neurochemical composition, provides us with a form of overnight therapy, a soothing balm that removes the sharp edges from the prior day’s emotional experiences,” said Matthew Walker, associate professor of psychology and neuroscience at the University of California, Berkeley.

For people with PTSD, such as war veterans, this overnight therapy may not work effectively, so when a “flashback is triggered by, say, a car backfiring, they relive the whole visceral experience once again because the emotion has not been properly stripped away from the memory during sleep.”

Published in Current Biology, the study offers some of the first insights into the emotional function of Rapid Eye Movement (REM) sleep, which typically takes up 20 percent of a healthy human’s sleeping hours. Previous brain studies indicate that sleep patterns are disrupted in people with mood disorders such as PTSD and depression.

While humans spend one-third of their lives sleeping, there is no scientific consensus on the function of sleep. The research unlocks many of the mysteries linking sleep to learning, memory, and mood regulation—and shows the importance of the REM dream state.

“During REM sleep, memories are being reactivated, put in perspective and connected and integrated, but in a state where stress neurochemicals are beneficially suppressed,” says lead author Els van der Helm, doctoral student in psychology.

Those who slept in between image viewings reported a significant decrease in their emotional reaction to the images. MRI scans also showed a dramatic reduction in reactivity in the amygdala, a part of the brain that processes emotions, allowing the brain’s “rational” prefrontal cortex to regain control of the participants’ emotional reactions.

In addition, the electrical brain activity of the participants was recorded while they slept, using electroencephalograms. During REM dream sleep, certain electrical activity patterns decreased, showing that reduced levels of stress neurochemicals in the brain softened emotional reactions to the previous day’s experiences.

“We know that during REM sleep there is a sharp decrease in levels of norepinephrine, a brain chemical associated with stress,” Walker said. “By reprocessing previous emotional experiences in this neurochemically safe environment of low norepinephrine during REM sleep, we wake up the next day, and those experiences have been softened in their emotional strength. We feel better about them, we feel we can cope.”

Walker was tipped off to the possible beneficial effects of REM sleep on PTSD patients when a physician at a U.S. Department of Veterans Affairs hospital in the Seattle area told him of a blood pressure drug that was inadvertently preventing recurring nightmares in PTSD patients.

The generic drug had a side effect of suppressing norepinephrine in the brain, creating a more stress-free brain during REM, reducing nightmares, and promoting a better quality of sleep, suggesting a link between PTSD and REM sleep.

“This study can help explain the mysteries of why these medications help some PTSD patients and their symptoms as well as their sleep,” Walker said. “It may also unlock new treatment avenues regarding sleep and mental illness.” 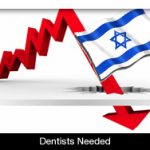 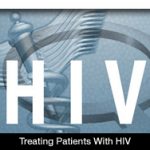