Number of Dentists in Israel Decreases

More dentists are needed in Israel.

This decline in healthcare professionals isn’t limited to dentistry, however. Despite the decreasing numbers, the ratio of dentists to patients is still high when compared to other Organisation for Economic Co-operation Development countries.

There’s a direct correlation between the declining number of medical school graduates and the reduced amount of healthcare professionals. The rate is just 4 per 100,000 people in Israel, compared to nearly 10 per 100,000 people for other OECD countries. Many physicians are set to retire soon, which will exacerbate the problem.

There are more Israeli students studying medicine abroad since last year, with many studying in Italy and Hungary. Still, it’s not likely this will be enough to reverse this problem.

More dentists are vital for all Israelis to receive the dental care they need. 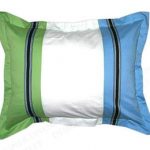