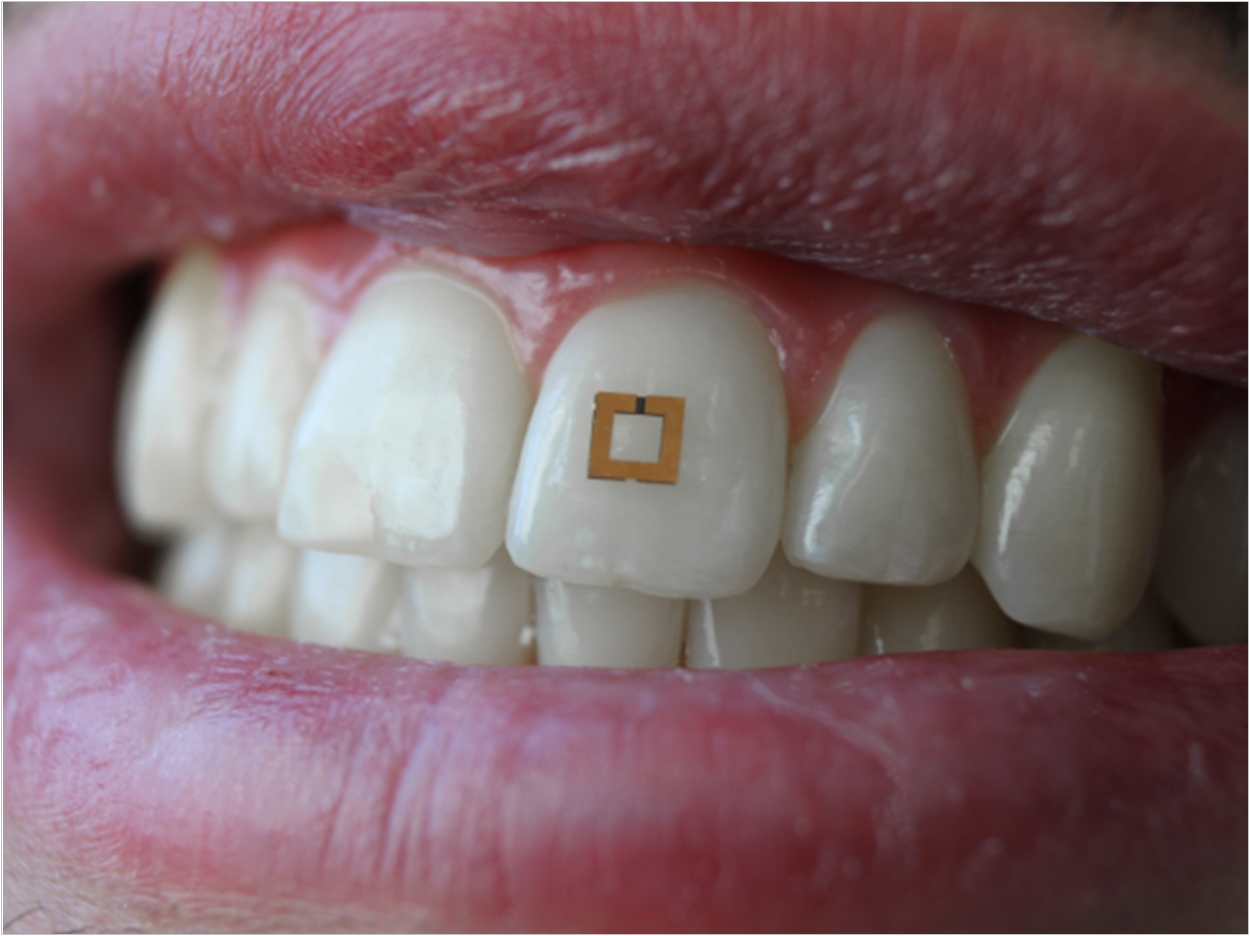 Researchers at the Tufts University School of Engineering have developed miniaturized sensors that, when mounted directly on a tooth and communicating wirelessly with a mobile device, can transmit information about glucose, salt, and alcohol intake. Potential applications, the researchers note, could include the detection and recording of a wide range of nutrient and chemical intake and physiological status monitoring.

Previously developed wearable monitors require mouth guards, bulky wiring, or frequent replacement. Tufts’ engineers sought a more adoptable technology and developed a sensor measuring 2 x 2 mm that can flexibly conform with and bond to the irregular surface of a tooth. Just as a toll is collected on a highway, the researchers said, the sensors transmit their data wirelessly in response to an incoming radiofrequency (RF) signal.

The sensors comprise three layers. A central “bioresponsive” layer absorbs the nutrient or chemical to be detected. The outer layers consist of two square-shaped gold rings. Together, the layers act like a tiny antenna, collecting and transmitting waves in the RF spectrum. As an incoming wave hits the sensor, some of it is cancelled out and the rest transmitted back, just as blue paint absorbs redder wavelengths and reflects blue back to our eyes.

However, the sensor can change its “color.” If the central layer takes on salt, or ethanol, its electrical properties will shift, causing the sensor to absorb and transmit a different spectrum of radiofrequency waves with varying intensity. That is how nutrients and other analytes can be detected and measured.

“In theory, we can modify the bioresponsive layer in these sensors to target other chemicals. We are really limited only by our creativity,” said Fiorenzo Omenetto, PhD, corresponding author and Frank C. Doble Professor of Engineering at Tufts. “We have common RFID technology to a sensor package that can dynamically read and transmit information on its environment, whether it is affixed to a tooth, to skin, or any other surface.”

The study, “Functional, RF-trilayer sensors for tooth-mounted, wireless monitoring of the oral cavity and food consumption,” was published by Advanced Materials. 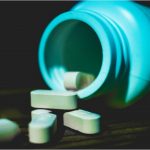 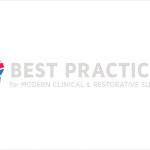