People with diabetes are getting better control of the disease, but a new study suggests that other health issues that can complicate the condition are not as well tended to.

According to a recent study published in the New England Journal of Medicine, Americans with diabetes had increasingly better control of their blood sugar and cholesterol levels and attended more preventive check-ups from 1999 to 2010.

However, one in five Americans with diabetes still smokes and approximately 40 percent don’t receive education at diagnosis, annual vaccinations, or annual checks for diabetes complications.

Led by Mohammed K. Ali, assistant professor in the departments of Global Health and Epidemiology at Emory University and Consultant for the US Centers for Disease Control and Prevention (CDC), the CDC team analyzed national health data of people with diabetes, collected continually from 1999 to 2010, to understand how well Americans are controlling their blood sugars, blood pressure, cholesterol, and tobacco use. These factors are the four main risk factors for major diabetes complications.

“About 18.8 million adults have diagnosed diabetes,” Ali said. “Determining whether there are improvements in controlling this disease has enormous health and economic implications.”

According to the American Diabetes Association’s 2012 estimates, people with diagnosed diabetes account for one out of every five dollars spent on health care; and more than 60 percent of all diabetes costs are paid by government insurance such as Medicare, Medicaid, and the Military.

“Our study shows that tobacco use and blood pressure control, which are the two leading risk factors for death worldwide, need more attention,” Ali said.

Uninsured and younger adults with diabetes (those aged 18 to 44 years) were less likely to achieve care and prevention goals back in 1999 to 2002, and also the least likely to exhibit improvements over the decade.

“Although we cannot pinpoint the exact reasons for this, more attentive care for younger adults with diabetes and better access to coverage may have important long-term health benefits and reductions in health care costs,” he said. “Continuing to monitor these trends will be important as health reforms and quality improvement programs in health systems become more common and take effect.” 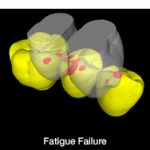