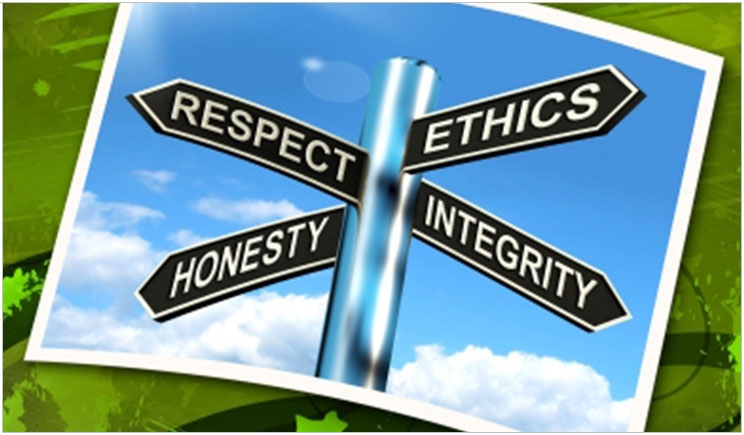 Dentistry is a prestigious profession, and those who practice enjoy significant privileges and trust in society. But that esteem comes with equally significant moral responsibilities, as outlined in codes of ethics from the ADA and state dental associations.

These guidelines aren’t written in stone, though. In fact, professional organizations recognize that these codes need to be flexible to accommodate the rapidly shifting technological, economical, and even cultural changes that constantly force the profession to adapt.

For example, the Internet has revolutionized how dentists market their practices. Websites like Groupon allow consumers to bundle their purchasing power through social couponing for discounts on products and services. Dentists should think twice before participating, however.

“There are some regulations in dentistry that prohibit the way moneys are shared among parties that lead to patient referrals,” said Brittney Ryan, manager of the California Dental Association (CDA) Judicial Council.

“The question that’s being asked right now is, are these online coupons just a marketing tool, or are they a payment for a referral? And that’s what’s prohibited, paying anybody for a patient referral. That’s very current and topical right now.”

Review sites like Yelp are much more influential these days, too. A series of 5-star ratings can propel a practice to financial success—and a single, lousy review can doom it to failure. That’s why many dentists encourage their patients to say something nice online once the appointment is over, even if it’s just a thumb’s up on social media.

Questions like these often don’t have answers yet, Ryan said, because the technology is moving so quickly into areas that weren’t conceivable when professional regulations were written. There’s a lot of gray area now, she added, but professional societies are discussing these issues.

The generation gap is playing a role too. Younger dentists realize the potential of social media and are eager to take advantage of it to build their practices, while older dentists might not be as hungry. Often, ethical transgressions stem more from a lack of awareness of where these admittedly blurry lines may be crossed, and less from ill intent.

“When we get an ethics complaint, we ask our chairs to contact the person instead of filing a formal complaint and doing an investigation, if that’s an option,” Ryan said. “More often than not, they say ‘I didn’t know that. I really appreciate you calling me, and I’m going to change that.’ That’s the good news.”

The ADA recognizes 9 dental specialties. Ethically speaking, dentists should not advertise themselves as specialists in any of these areas unless they have the approved education and certification. A recent lawsuit in Texas, however, successfully challenged the ADA’s dominion over who gets to call themselves specialists.

“Dentists have a lot more free rein as far as what they can say in their advertising,” said Ryan. “So a lot of times we’ll get calls that somebody is advertising in a certain way. ‘Isn’t that prohibited?’ they’ll ask. So we’re helping people to see what the current regulations are.”

Despite these developments, dentists still are obligated to perform within the limits of their abilities. They should not attempt procedures if they lack the appropriate clinical knowledge and background. Instead, these patients should be referred to other practitioners with the appropriate expertise.

“Standards of care involve the obligation to deliver quality, competent, and timely care within the bounds of the established standards. It is obviously unethical to practice below the standard of care,” Ryan said. “If you have a patient in your office and you feel that there’s a treatment that’s needed, that you’re not comfortable with, that you don’t have the skill set, the technology, then refer that patient out.”

Then there’s the work itself. The numbers of group and corporate practices are growing, and so is the pressure on their employees to perform. Some practitioners have overt or implied treatment quotas, which may impact the quality of the care they provide.

“We’ve discussed how new dentists might be more apt to get hired by the corporations. When they’re given production goals for a week or for a month, is it ethical to have them live up to it?” asked Ronald Surdi, another member of the CDA Judicial Council. “Or is it enough to just take care of the patient and do the right thing?”

“It really depends on the individual. We have a young dentist that I’ve encountered, and when he came out of dental school he worked in a group practice where he felt that pressure,” Ryan said. “With his own moral compass, he didn’t like it, and he got out.”

As society grows more diverse, practitioners are bound to encounter patients hailing from different backgrounds. Outright intolerance would be unethical, of course. But sometimes conflicts emerge from a lack of awareness, as behavior that would be acceptable in one culture might be discouraged in another.

“In the American culture, lack of eye contact can mean a lot of things, most of which are negative,” Ryan said. “Somebody may interpret lack of eye contact as a lack of interest or embarrassment. Or even depression. In other cultures, the patient may be showing respect in the presence of somebody who’s esteemed or in an honored position, such as a dentist.”

Also, as patients move from job to job or residence to residence, they often change dentists. Practitioners, then, frequently get to see their predecessors’ work—and not always for the better. Yet dentists shouldn’t assume that poor dental work was the previous provider’s fault, especially when patients ask why they’re still having problems.

“First and foremost, make objective and observational statements,” Ryan said. “Instead of saying, ‘Man, he really did a shoddy job with this crown,’ say ‘There’s an open margin on this crown.’ Use factual, objective information.”

Next, Ryan advises, contact the original practitioner. Perhaps the patient was noncompliant or has other issues complicating care, and the provider can explain the situation. Whenever possible, extend professional courtesy and give the prior dentist the benefit of the doubt.

And before instigating any type of treatment, dentists should discuss all of the alternatives with their patients, along with all of their risks and consequences. Patients need to know everything they can about the options so they can make an informed and autonomous decision about how best to proceed with care.

“Dentists have the obligation to promote well-being. They also have the duty to protect their patient from harm,” Ryan said. “This is something dentists do on a daily basis—talking about your risks, your benefits, and your alternatives. The whole purpose behind this is really so the patients can understand all their options and make a choice for themselves.”

The ADA has posted its Principles of Ethics and Code of Conduct online. State associations have their own codes as well. Sometimes they differ due to state legislation. They also may cover a broader range of principles. For example, the CDA Code of Ethics explores compassion, competence, integrity, professionalism, and tolerance in addition to the ADA’s core principles of patient autonomy, nonmaleficence, beneficence, justice, and veracity.

Still, dentists may have questions. Administrations within these associations provide advice and counsel, and practitioners can always contact them for help. Eventually, though, dentists have to decide what to do for themselves.

“A lot of ethical dilemmas don’t have clear answers, and sometimes it truly is a matter of choosing the most right or least wrong choice,” Ryan said. “Step one is to identify the problem. Next, collect some information. State the options. Apply the ethical principles. Make the decision. And then implement that decision.” 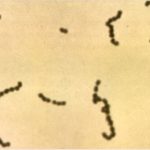 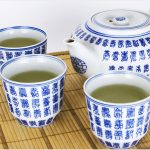