Dentists are beginning to develop new methods that can combat the problems, which are often indicated by snoring.

In Spain, for example, more than seven million people are at risk for sleep apnea. The disorder, which results from one’s air intake being disrupted during sleep, can lead to other issues like being seven to eight times more likely to cause a traffic accident.

Only about 5 percent of the two million people in Spain with sleep apnea are diagnosed definitively. Research shows that 60 percent of men over age 50 and 40 percent of women in that age group show some signs of snoring. As a result, the University of Barcelona opened a Snoring and Sleep Apnea Diagnosis and Treatment Unit.

Dentists’ ability to treat the disease comes in because of their knowledge of the oral cavity. This can only enhance the methods of treatment prescribed by doctors that specialize in this field.

A complete knowledge of dentistry can aid in the field of respiratory diseases but most teams that diagnose sleep issues don’t involve dentists in the process. If dentists were utilized, the patient could receive a better course of treatment.

As of now, the standard test for sleep disorders is polysomnography, which records respiratory flow, heart rate, blood oxygen, and many other aspects of sleep. The basic solution was the continuous positive airway pressure method, but it requires the person to sleep using a nosepiece or mask—something that could be uncomfortable or make it nearly impossible to sleep.

The newest treatment methods, however, involve a mandibular advancement device to change the characteristics of the airways and the way a person breathes during sleep. This method may lead to better overall sleep by limiting snoring. To treat sleep apnea as well as possible, each course of treatment must be tailored to the person.

Some of the research generated by the University of Barcelona has been published in dental journals. 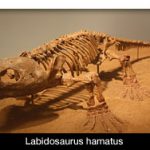