A couple in Maple Ridge, Vancouver, Canada is facing cruelty to animal charges. The offense: allowing their dog to have untreated dental problems so bad that the dog’s teeth were rotting and needed 14 teeth pulled.

The charge is that they did nothing to stop their dog from being in distress and causing unnecessary pain and suffering, according to Canada’s Prevention of Cruelty to Animals Act. It’s possible that the couple, Stacia Hicks and Scott Rippon, could be banned from owning animals, face a fine of around $5,000 and be sent to jail for as many as six months.

The black terrier was discovered last summer while roaming the streets. After being found, the dog was in major pain because of its tooth decay. The couple was then told to treat the dog’s teeth after the dog was returned to them.

The couple, however, did nothing to treat the dog. That’s when the dog was taken away from them and a veterinarian diagnosed the dog with stage four periodontal disease.

When a dog’s teeth are in that kind of condition, it may cost more than $1,000 to get the teeth the proper treatment.

One way for dog owners to prevent the problem is to be on the lookout for bad breath. Bad breath for a dog usually signals some kind of dental issue. Like humans, dogs and cats need to have their teeth brushed regularly to stay healthy, even though few pet owners follow that practice.

After a dog has its teeth taken care of, there are generally positive effects on its behavior.

There’s no word on what will happen to the couple, but the dog was taken away from them for good. 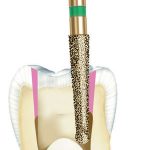 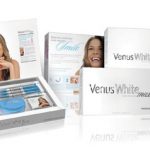 Next post 'Venus Whitening for Hope' by Heraeus Raises Over $40,000
0 Shares