INTRODUCTION
One of the characteristics of an attractive smile is the relationship between the maxillary incisal edges and the lower lip, referred to as the smile arc. The ideal smile arc has the maxillary incisal edge curvature parallel to the curvature of the lower lip. In his book, The Science and Art of Porcelain Laminate Veneers, Dr. Galip Gürel states, “In a pleasing smile, the incisal edges of the incisors follow convex curvature, which is parallel to the lower lip and more pronounced and convex in females.”1 When this visually pleasing, parallel relationship exists, the smile arc is referred to as consonant and as non-consonant when it doesn’t.2

Non-consonant, or flat, smile arcs are often viewed unfavorably and may occur naturally in untreated cases or be inadvertently created during orthodontic or restorative treatment. Reasons for naturally occurring non-consonant smile arcs can include certain skeletal patterns, habits such as thumb sucking, more growth of the posterior maxilla, and anterior tooth wear. Flattening of the smile arc during orthodontic treatment could be attributed to intrusion of maxillary incisors, bracket positioning, proclination of anterior teeth to treat crowding without extraction, and arch expansion to broaden the smile.3

The following is a conservative approach to the treatment of a non-consonant smile arc that resulted from the placement of 10 maxillary all-ceramic crowns during a restorative procedure.

CASE REPORT
Diagnosis and Treatment Planning
A 52-year-old female patient presented for a consultation with a chief complaint that she was not happy with her smile (Figures 1 and 2). She further stated that she had recently undergone a smile makeover and, while she was happy with the color, which was a big improvement, “something didn’t seem right” when she smiled. After an examination and smile evaluation revealed a non-consonant arc, the patient was asked if she thought the edges of her crowns seemed to be the same length and aligned to be straight across. She admitted that it was possible that was what was bothering her and agreed to a composite mockup that would allow her to visualize changes made to the smile arc.

The first step in the mock-up procedure was to determine the incisal edge position, which, in the author’s opinion, should always be the first step in smile design cases. According to Gürel, “The incisal edge of the maxillary central incisor is the most important determinant in the creation of a smile. The position of the incisal edge acts as the parameter upon which the rest of the treatment is built.”1 Viewing incisor display with the lips at rest is an arbitrary but fairly accurate way to determine incisal edge position; studies have shown that, on average, about 3.0 to 4.0 mm of display at rest is normal for a youthful smile in females.4 Conversely, decreased incisor display at rest and during a full smile may contribute to a less attractive smile and a prematurely aged appearance. Since only 1.0 mm of incisal edge could be seen with the lips at rest, 2.0 mm of composite was added to crowns Nos. 7 to 10 (without anesthetic), allowing the patient to immediately view the proposed changes to her smile (Figure 3). She was pleased with the result and expressed an interest to go ahead with the aesthetic treatment.

In developing the treatment plan, certain factors were taken into account. First, the mockup had clearly demonstrated that lengthening the incisors would improve the smile arc and, thus, her appearance, so shortening the posterior teeth (Nos. 4, 5, 6, 11, 12, and 13) to create a consonant smile arc was ruled out as an option. Also, the patient had recently undergone the expense of restoring teeth Nos. 4 to 13 with ceramic crowns, so the proposed treatment plan would include the fewest number of teeth possible in order to obtain an acceptable aesthetic result. Finally, since the adhesively bonded ceramic crowns would be difficult to remove and the marginal integrity was good, the decision was made to conservatively prep the crowns for porcelain veneers (instead of removing the entire crown) to add the desired length. All options, reasons for proposed treatment, and risks were explained to the patient, who accepted and was ready to begin.

Clinical Protocol
The actual treatment was fairly simple and straightforward. A preoperative shade of the existing restorations was taken for color matching (Figure 4). Then, without anesthesia, minimal veneer preparations (0.3 to 0.5 mm) were made on the facial surface of the existing all-ceramic crowns (teeth Nos. 7 to 10). A photo of the prep shade was taken to further aid the laboratory team in matching the shade (Figure 5). After the final impressions were taken, provisionals were fabricated with a stint made from the composite mock-up. The patient was then sent home and allowed to have 2 days of adjusting to the new length. The patient then returned for a postoperative visit to provide her feedback and to further evaluate the provisionals for aesthetics, function, and phonetics. The provisional restorations are important for patient communication and feedback and also serve as a blueprint (via photos and impressions) for the laboratory team to follow when fabricating the definitive restorations. This information is critical for the ceramist when adding length to maxillary incisors.

The appointment for the delivery of the final restorations was fairly straightforward, as well. First, the provisionals were removed (again without anesthesia), then the crowns were cleaned with pumice, and then the restorations were tried in with water to evaluate the fit and color. After try-in, the internal surfaces of the lithium disilicate veneers (IPS e.max Press [Ivoclar Vivadent]) were cleaned using 35% phosphoric acid (Select HV Etch [BISCO Dental Products). (Alternative products for this step include the universal cleaner Ivoclean [Ivoclar Vivadent] or ZirClean [BISCO Dental Products]). Next, the intaglio surfaces were treated with silane (Ultradent Products) and set aside, organized by tooth number. A rubber dam was placed for isolation, and the previously prepared facial surfaces of the existing crowns (Nos. 7 to 10) were etched with 9% buffered hydrofluoric acid (Porcelain Etch [Ultradent Products]) and thoroughly rinsed and dried, followed by the application of silane. With the intaglio surface of the veneers etched with hydrofluoric acid by the lab team and silane applied after try-in, and the prepped crowns in the mouth also etched and treated with silane as well, a strong bond of veneers to crowns could be obtained. The next step was to place a light-cured resin luting cement (Variolink Esthetic [Ivoclar Vivadent]) directly on the seated crowns, followed by the seating of all 4 veneers (Figure 6). After the excess cement was cleaned off with cotton rolls and brushes, the veneers were tack cured at the gingival margins, the contacts were flossed, and the restorations were light cured from the facial and lingual aspects for 40 seconds. Finally, the rubber dam was removed, the occlusion was checked and adjusted as needed, and the restorations were polished. Since a local anesthetic had not been necessary, the patient was able to immediately view the results, and the final photos were taken (Figures 7 and 8).

IN SUMMARY
The relationship of the maxillary incisal edges to the lower lip is referred to as the smile arc and is an important smile design principle. When the curvature of the incisal edges is parallel to the lower lip curvature, the smile arc is said to be consonant and is a characteristic of an attractive smile. Conversely, a flat or non-consonant smile arc may be perceived by some as unattractive and can occur naturally in certain cases or be caused inadvertently by orthodontics or restorative dentistry. This article demonstrated the conservative treatment of a non-consonant smile arc in order to achieve a more aesthetic result.F

Acknowledgment:
The author would like to thank ceramist Gary Vaughn, CDT (Corr Dental Laboratory in Roseville, Calif), for his great work and attention to detail.

Dr. Dudney received his DMD degree from the University of Alabama School of Dentistry in 1977. He has served as the clinical director for the Aesthetic Advantage hands-on programs taught by Dr. Larry Rosenthal at New York University and the Eastman Dental Clinic in London. Presently, he is the clinical director of the Pacific Aesthetic Continuum (PAC) hands-on programs. In addition, he has presented workshops and lectures at dental meetings and has authored several articles on aesthetic and restorative dentistry. He is a member of the ADA, the Alabama Dental Association, and the American Academy of Cosmetic Dentistry. He is also a Fellow of the American Society for Dental Aesthetics and a Diplomate of the American Board of Aesthetic Dentistry, as well as a member of Catapult Speakers Bureau. He can be reached at tedudneydmd@aol.com. 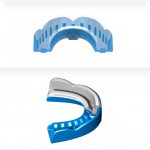 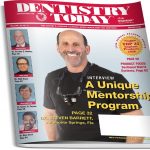