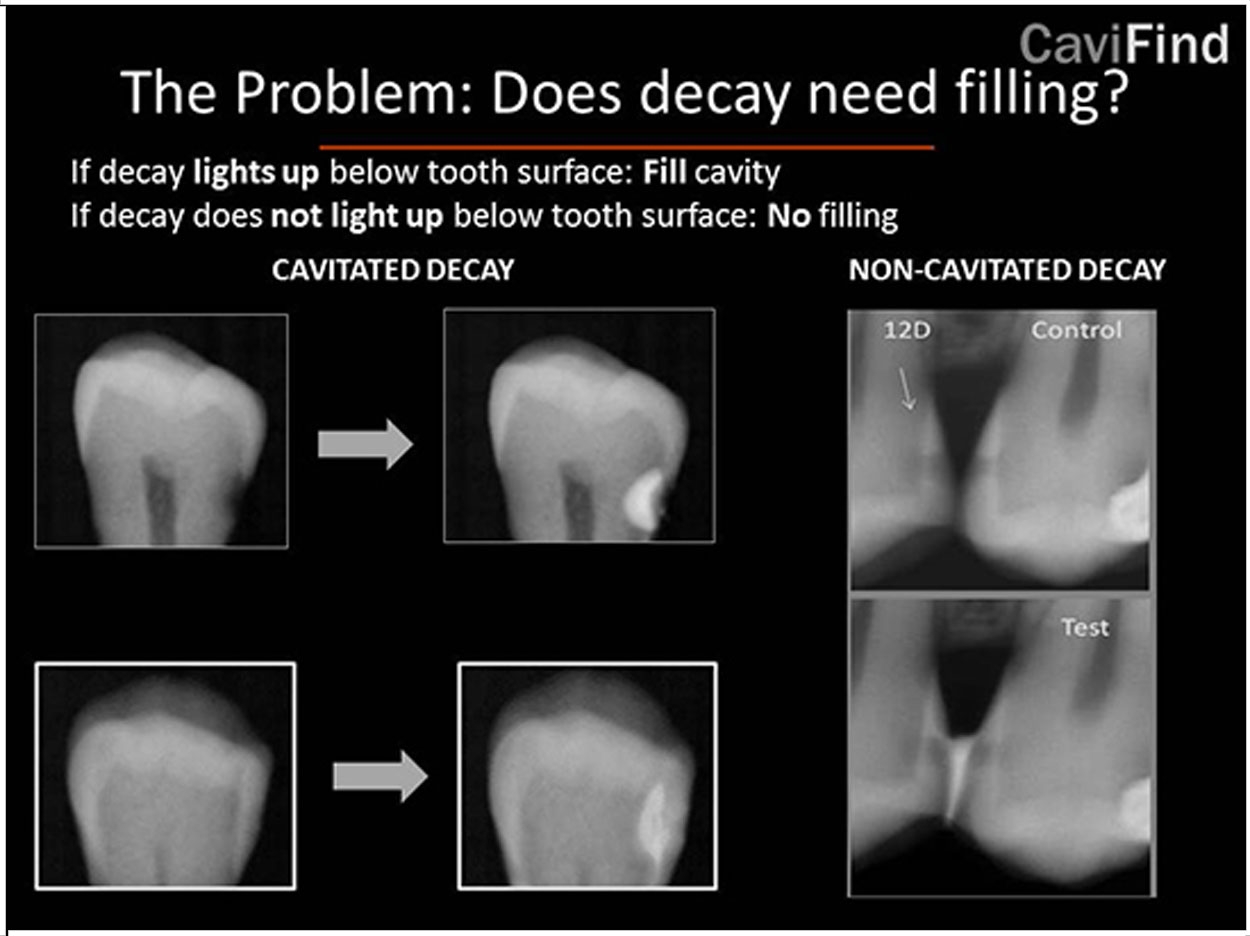 Not all caries need fillings, and CaviFind by Firefly Dental Innovations can help dentists identify which ones do and which ones don’t. The diagnostic liquid solution can be applied to tooth surfaces prior to a standard x-ray. Dentists then can more readily see cavitated decay on the x-ray or determine that the tooth is simply in a precavity condition.

Dentists who identify tooth decay in its early stages can use topical products to stop it, preserving healthy tooth structure without any anesthesia or drilling. Also, CaviFind is tasteless and produces no side effects or discomfort. It washes out of the mouth easily with a simple rinse of water. Its application is simple, too.

“The CaviFind Applicator is a single-use, single-patient disposable device that fits into an interdental space and with a single finger press delivers a small metered dose of the CaviFind solution onto the interdental surfaces,” said Pete Steinhausen, vice president of business development at Firefly Dental Innovations.

Caries typically develop in 2 stages: an initial noncavitated state where decay can stop and no filling is needed, and a later stage where a filling often is necessary to stop decay from progressing. Other than CaviFind now, dentists don’t have a test to determine the difference between both states, leading to standard drilling and filling procedures.

“Most dentists see decay and they go to the drill and the filling,” said Douglas Benn, DDS, PhD, developer of CaviFind and professor and director of oral and maxillofacial radiology at the Creighton University School of Dentistry. “Once a tooth is filled, it leads to a repair-destruction cycle for the rest of the patient’s life.”

According to the ADA, two thirds of fillings are replacements. Each time a filling is replaced, the restoration gets bigger, even without new decay. Fractured cusps, crowns, endodontic therapy, extractions, and implants all are possible consequences.

Delaying or avoiding restorations in the first place, then, can improve oral health. With CaviFind, dentists can decide if a tooth needs that initial restoration or if they can employ remineralization instead. In fact, Benn believes that 50% of cases resulting in dental filings today could be delayed or avoided by using alternative treatments instead.

Benn received funding from the National Institutes of Health for his research. He also was aided by a grant from the Nebraska Department of Economic Development. 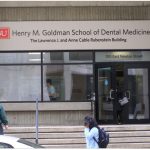 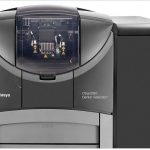