There’s a link between a child’s oral appearance and bullying, according to a study by the British Dental Journal.

One out of eight children that has a noticeable dental issue was bullied, which resulted in low self-esteem and also had a negative impact on the child’s oral health.

The research team, which consisted of hospital-based orthodontic specialists, analyzed a group of children from ages 10 to 14. They found that these children were at a higher risk for being bullied or teased and the reason was because of an irregular dental issue. Some of the issues included maxillary overcrowding, a cleft lip with or without a palate or some kind of overbite.

These specialists made the determination that some of these factors need to be considered when a child is considering some kind of orthodontic treatment. If a child has an awkward-looking dental feature, he or she needs orthodontic work for his or her well-being. Still, it’s clear that all bullying issues can’t be eradicated by orthodontic work.

This study also shows that children catch on early as to what is the ideal look for people and how people should appear in society.

This article was in the May 14 issue of the British Dental Journal. 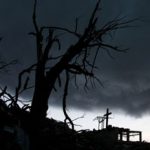