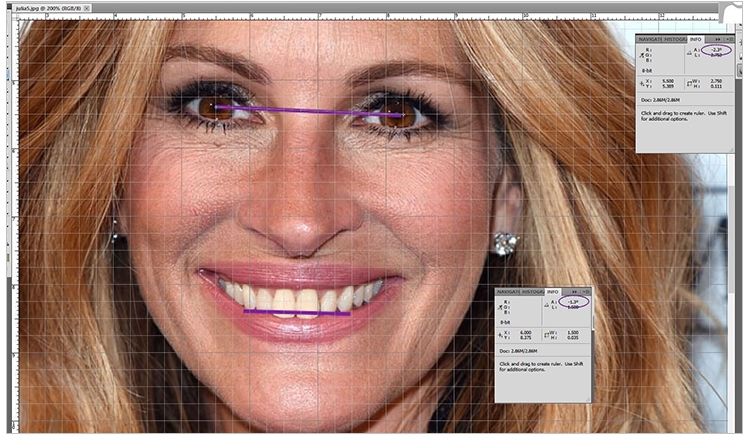 Philosophers have been debating the definition of beauty since the dawn of time. But clinicians who deal with patients demanding a better smile need more data and less poetry to succeed. Researchers recently responded by exploring whether deviations in the angulation discrepancy between the intercanine line, which connects the tips of the canines, and the interpupillary line, which connects the pupils of both eyes, significantly affect attractiveness.

“Even from ancient Greece, symmetry and parallelism were considered significant for the perception of attractiveness. In this context, symmetry and parallelism have played a crucial role in both arts and science ever since,” said Dr. Vasiliki P. Koidou of the Advanced Education Program in Periodontology at the University of Minnesota School of Dentistry, and one of the study’s 3 authors.

The researchers examined the presence of parallelism between those 2 facial lines in a sample of celebrities and of otherwise average subjects. Their work began with an Internet search for “best smile” and “celebrity” that identified 108 well known people, including Halle Berry, Julia Roberts, Angelina Jolie, Scarlett Johansson, Harrison Ford, and George Clooney. Dental students were used as a control group.

Next, the researchers selected photographs of 94 of these stars (62 women and 32 men) smiling within 10 degrees of a frontal view, along with photographs of 97 dental students (54 women, 43 men), examining them through Adobe Photoshop. The celebrities had smaller mean angulation discrepancies, with an average of 0.97 degrees, than the dental students, who averaged 1.33 degrees. The differences between men and women were not statistically significant.

The examiners performing the measurements were blinded to ensure that bias wasn’t introduced into the results of the investigation, so the researchers could not specifically name which celebrities or students had the lowest or highest angulation discrepancies. Yet Koidou did note that Julia Roberts, for example, exhibits close parallelism between her intercanine and interpupillary lines. Of course, there’s more to beauty than these lines.

“Our study concludes that parallelism may be important for the perceived attractiveness, but still the mechanisms of interpretation of attractiveness or symmetry or parallelism are not completely understood. In this context, minor adjustments of dental or facial elements may not significantly impact attractiveness,” Koidou said.

The researchers also are investigating other parameters such as the proportions of the anterior teeth and the number of teeth revealed by the smile, though those results have not been published yet. Future investigations, Koidou said, may highlight elements that are more critical to perceived attractiveness. And while clinicians can address angulation and these other issues, they may not be able to do so alone.

“Angulation discrepancies can be corrected, and that would require multidisciplinary approaches with dental teams including prosthodontists, periodontists, and orthodontists,” Koidou said. “Dentists should be aware of a general sense of parallelism and symmetry governing the perceived attractiveness when planning for aesthetic interventions.”

The study, “Celebrity Smile Aesthetics Assessment: Smile Angulation,” was co-authored by Koidou and Stephen S. Rosenstiel, BDS, MSD, and Robert G. Rashid, DDS, MAS, both of the College of Dentistry at Ohio State University, and published by The Journal of Prosthetic Dentistry.

9 Out of 10 Periodontists Say Obama Has Gum Recession 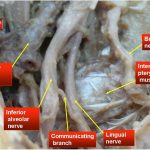