Patients may present with over-retained deciduous anterior teeth and a desire to improve the aesthetics of their smiles. Even in cases in which a dental implant is the best treatment option, the patients may not be ready for implant placement for a variety of reasons, which may include age and financial circumstances. Additionally, the patients may object to preparing adjacent teeth (traditional fixed bridges) or connecting them with resin-bonded wings. When those teeth are stable (no mobility) and have root structure in the bone, an alternative to extraction and replacement may be indicated. Aesthetics may be improved by restoring the deciduous teeth to make them blend better with the adjacent teeth. This often requires altering the coronal height via crown lengthening to position the gingival margin in harmony with the adjacent teeth, providing a natural-appearing smile.

A 27-year-old male patient presented after the completion of orthodontic treatment, complaining of dissatisfaction with his smile related to over-retained maxillary deciduous canines bilaterally (teeth C and H). Examination noted normal mobility on teeth C and H, and the probing depth was WNL with healthy associated periodontal tissue. Composite was present covering the facial surfaces of both teeth that had been placed prior to his orthodontic treatment in an attempt to improve the aesthetics of those 2 teeth. A diastema was present on both teeth on the mesial interproximal contacts, and the coronal height equaled the width of the tooth with a gingival margin more incisal than the adjacent teeth, resulting in a negative aesthetic effect (Figures 1 and 2). Periapical radiographs were taken. Analysis of the radiograph of tooth C noted a short root in the alveolous and the CEJ positioned several millimeters coronal to the alveolar crest, which may have resulted from hyper-eruption as the surrounding permanent dentition erupted into position (Figure 3). A similar finding was noted on the radiograph of tooth H (Figure 4). 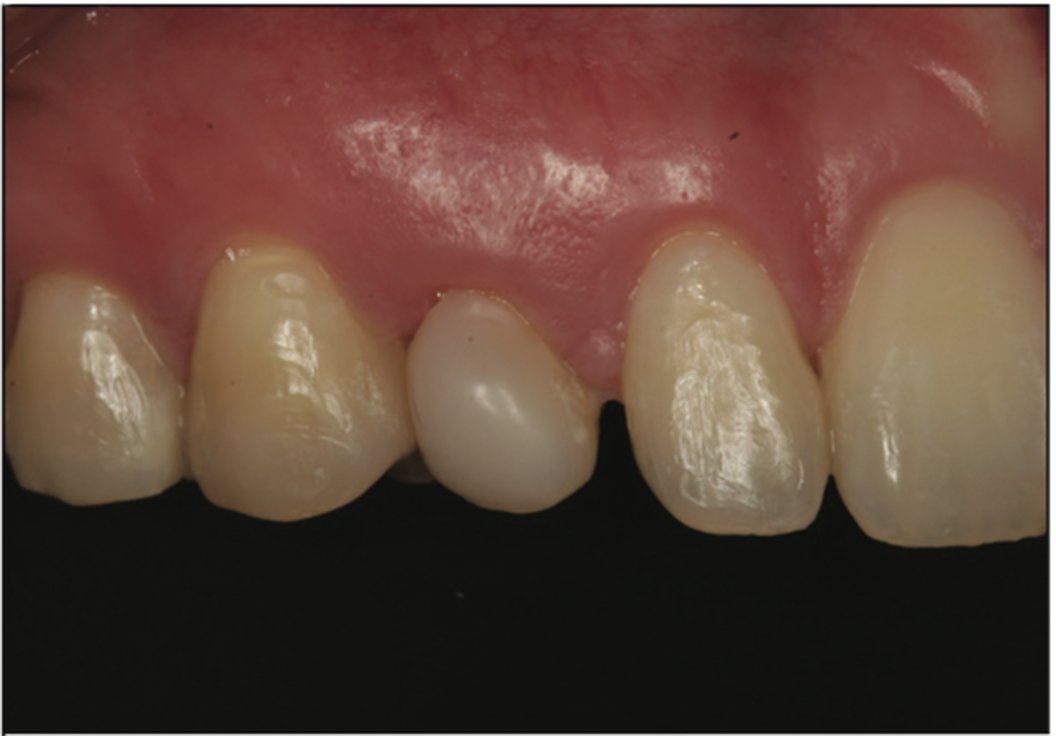 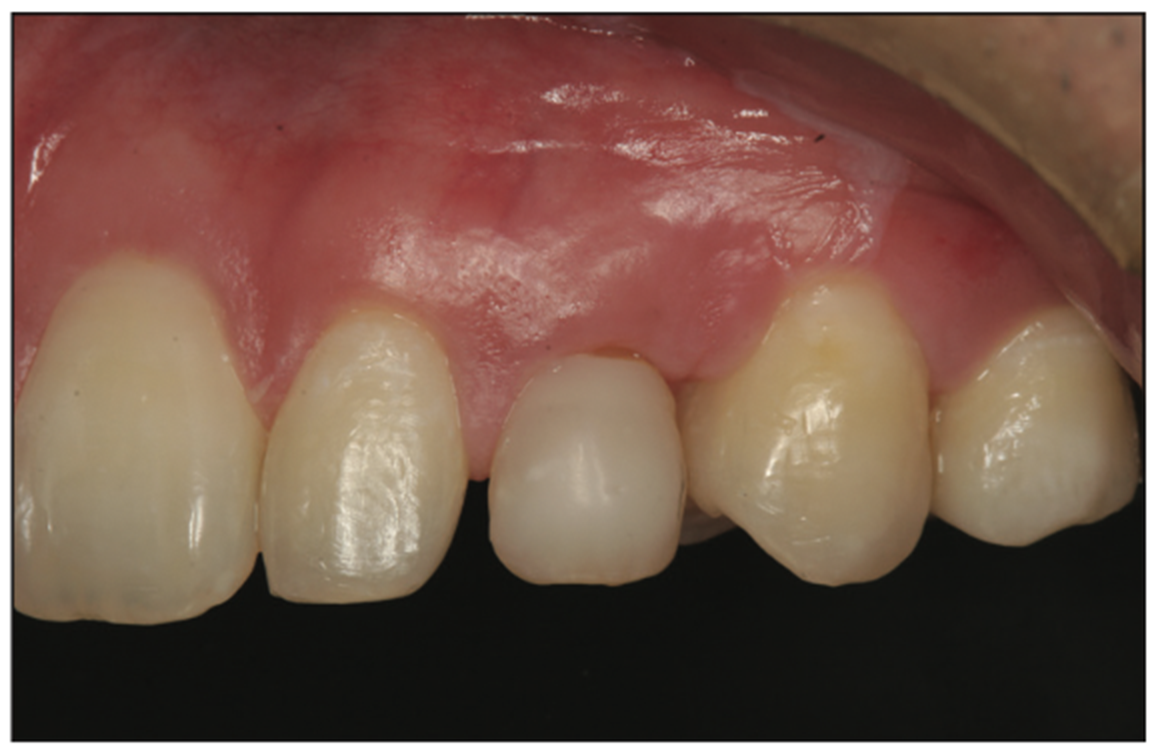 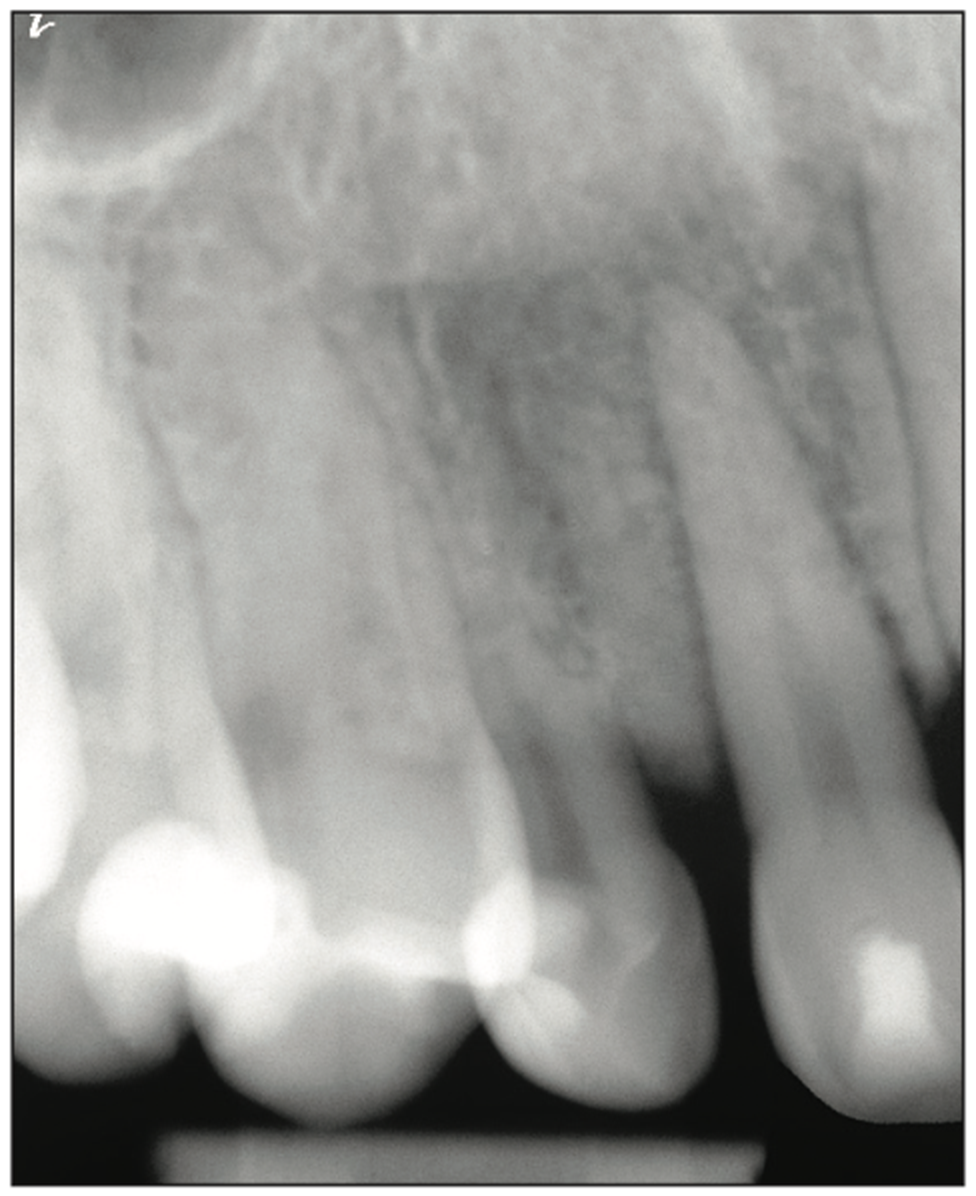 Figure 3. Tooth C has been over-retained with no identifiable permanent canine visIble on the radiograph. 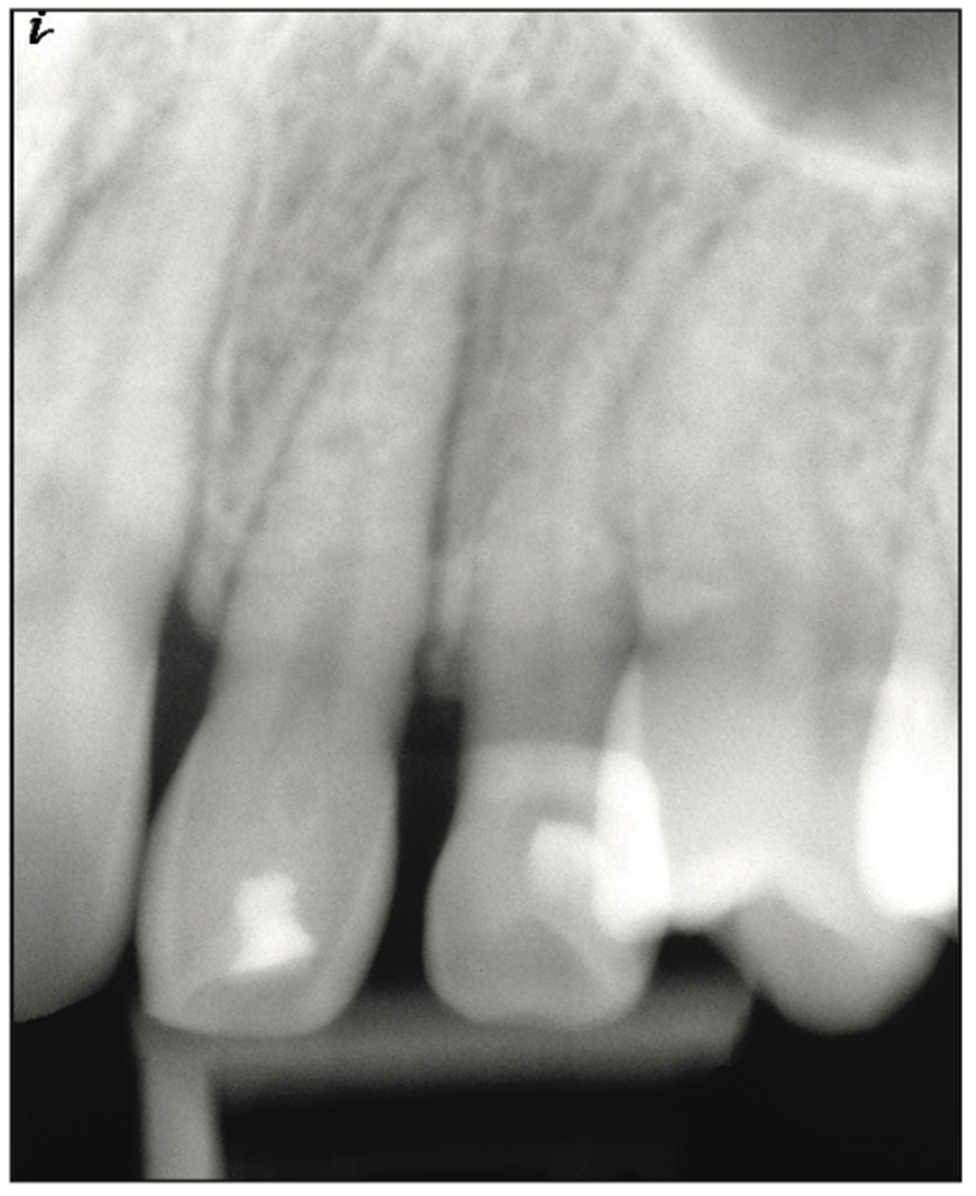 Figure 4. Tooth H has been over-retained with no identifiable permanent canine visible on the radiograph.

Treatment options were discussed with the patient. One option was to extract the deciduous maxillary canines and immediately replace them with implants. A second option was to restore the deciduous teeth contours to mimic those of permanent canine teeth by placing full-coverage restorations. This option will allow a delay of the implant therapy option as long as the deciduous teeth last. A crown-lengthening procedure would be needed if the deciduous canines were retained to reposition the gingival margin more apically to better blend with the adjacent teeth and yield a better length-to-width ratio aesthetically. The pros and cons of both options were reviewed and discussed with the patient. The patient indicated that he was not ready for implant treatment at this time and wished to try to maintain the canines longer while improving the aesthetics of his smile. Impressions were taken of both arches, and he was scheduled for treatment.

The impressions were poured in dental stone, and a diagnostic wax-up was performed to fabricate a surgical stent that would be used during the crown-lengthening procedure. A vacuum-formed stent was also fabricated, which would be used to create provisional crowns (Figure 5). Then the stent was trimmed to indicate the ideal gumline on the deciduous canines after receiving full-coverage restorations. 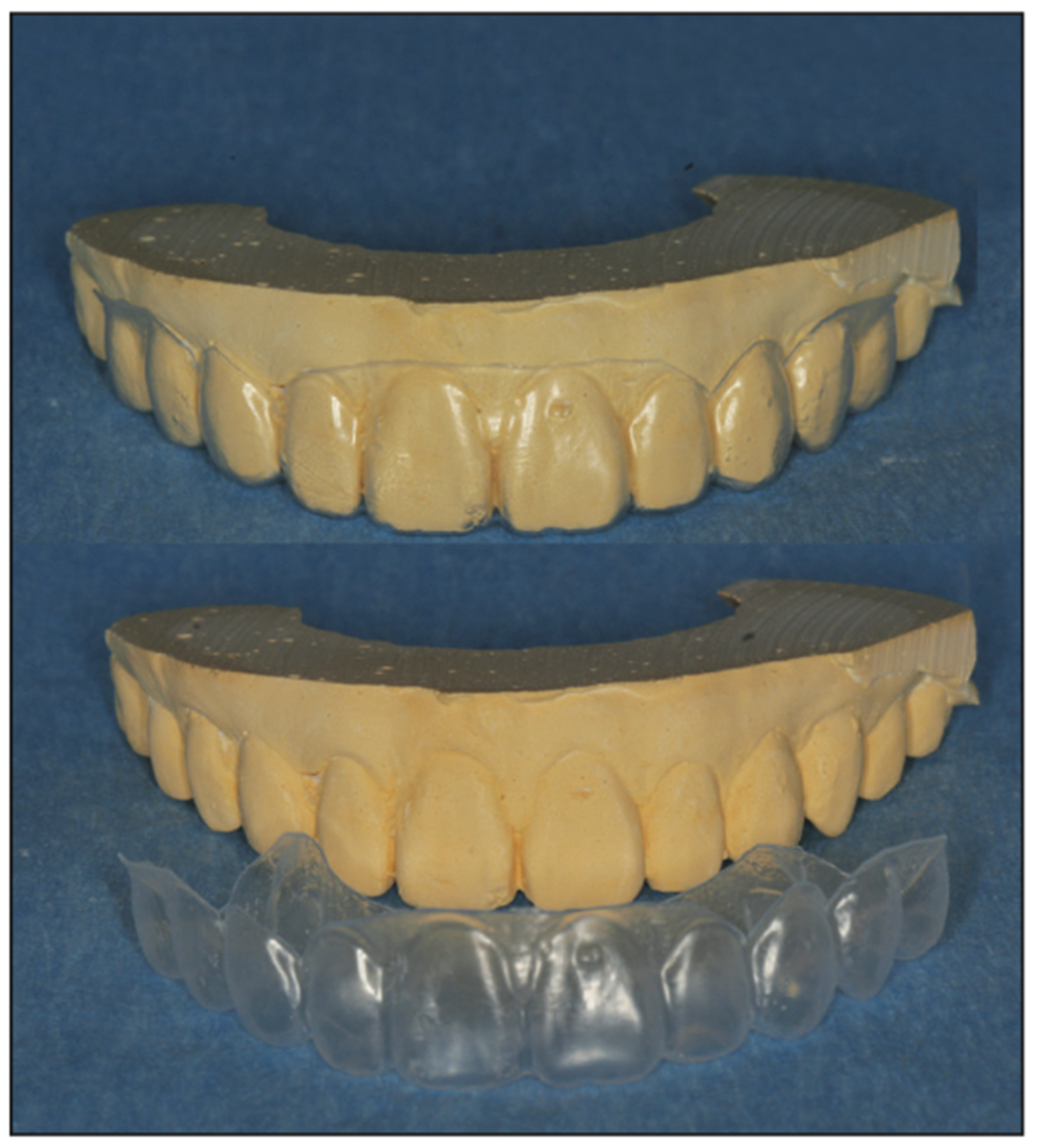 Figure 5. The deciduous canines were waxed to ideal aesthetics to blend with the adjacent teeth on a cast and a duplicate model made of the wax-up.

The patient presented for treatment and confirmed a desire to proceed with the restorative treatment on the deciduous canines and crown lengthening. Local anesthetic was administered via infiltration in the buccal vestibule above the canines. The old, existing composite was stripped off of the canines with a diamond bur, and the surgical stent was seated on maxillary teeth to visualize the ideal gumline on the deciduous canines. Using a #15c scalpel blade, the ideal gumline was scored in the gingiva. After the ideal gumline location was marked directly on the gingiva, a diamond bur was used to prep the gingiva, alveolar bone, and teeth all together (Figures 6 to 8).

Figure 6. Following removal of the old composite from both deciduous canines, the vacuform stent was inserted and had been trimmed to indicate the ideal labial free gingival margins of the canines to act as a surgical guide for the planned gingivectomy on both teeth. 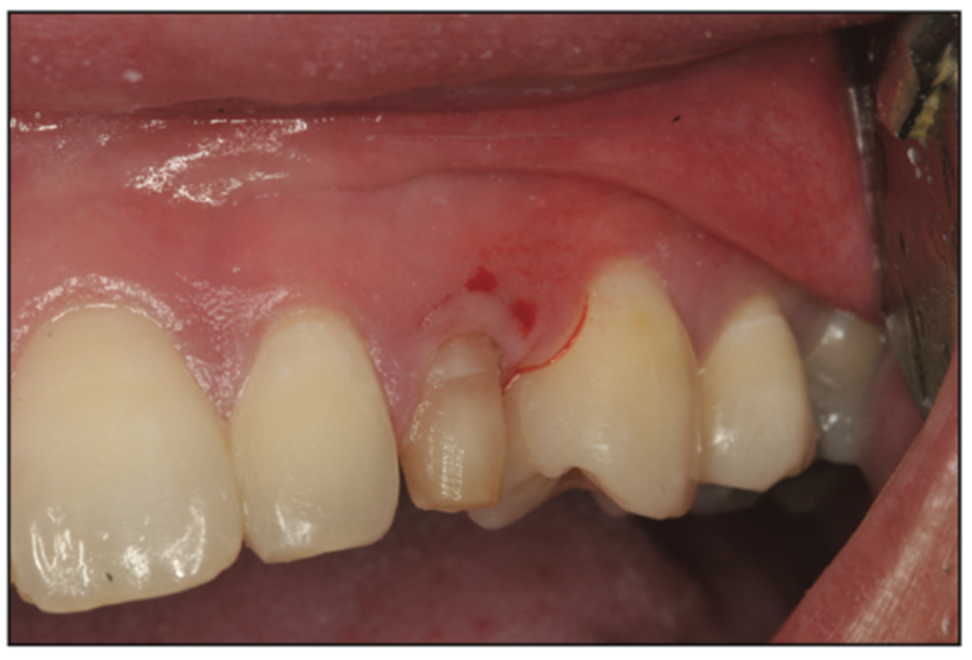 Figure 7. Using the surgical stent as a guide, a #15c blade is used to mark the new labial gingival margin.

Figure 8. Following marking the gingiva at the ideal gum line, the gingiva, alveolar bone, and tooth structure are all prepared together.

A sulcular incision was made from the distal papilla at No. 10 to the mesial papilla at No. 12 on the facial, and an envelope flap was raised to visualize the crestal bone at tooth H to allow modification of the bone to achieve proper biological width for the planned crown (Figure 9). Biological width was checked with a periodontal probe on tooth H (Figure 10). The flap was repositioned, and sutures were placed at the papilla on the mesial and distal of tooth H with chromic gut sutures (Figure 11). A similar technique was performed at tooth C (Figure 12). Provisional crowns were fabricated using the stent as a mold, filling it with Protemp II (3M) and reinserting it to create provisional crowns. The stent and provisional crowns were removed intraorally and trimmed and polished. The provisional crowns were then cemented with Temp-Bond (Kerr Dental), and the patient was scheduled for a postoperative appointment 10 days later (Figures 13 and 14). 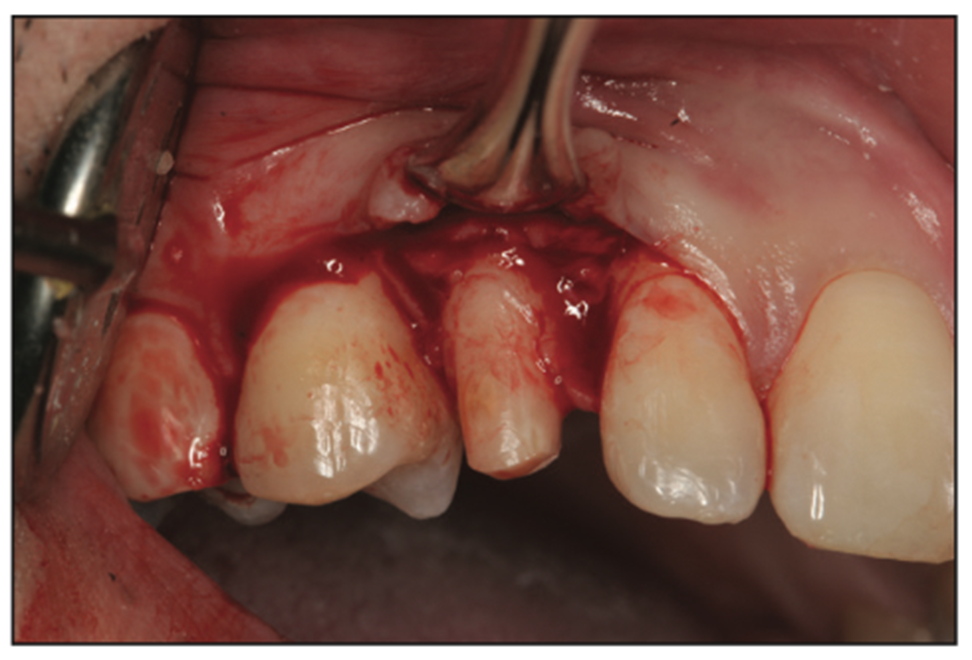 Figure 9. After the gingiva, alveolar bone, and tooth structures were prepared, the flap was raised to visualize the alveolar bone in order to remove a sufficient amount of it to re-establish biologic width. 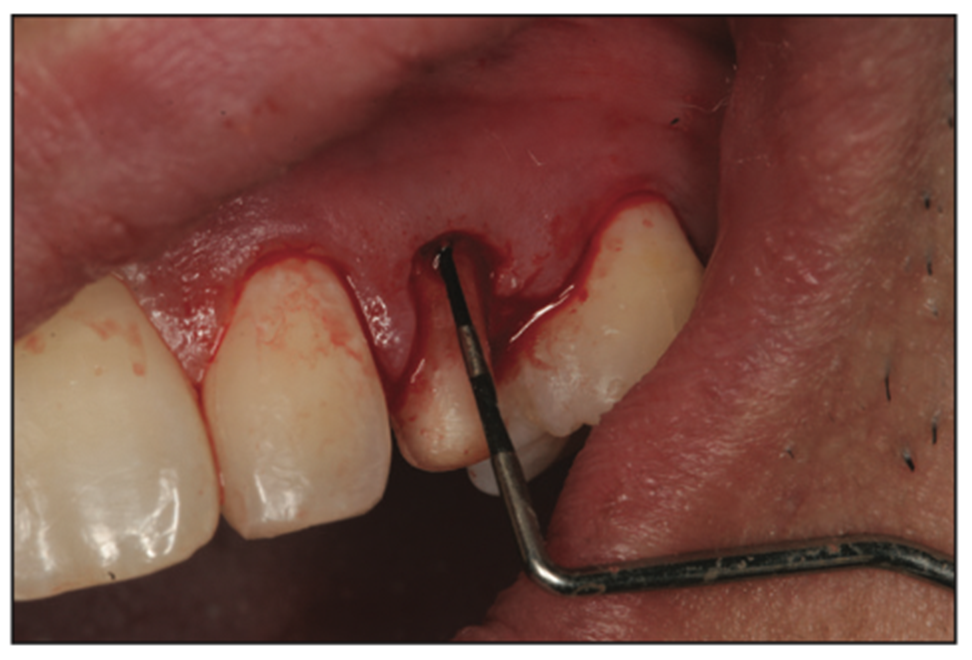 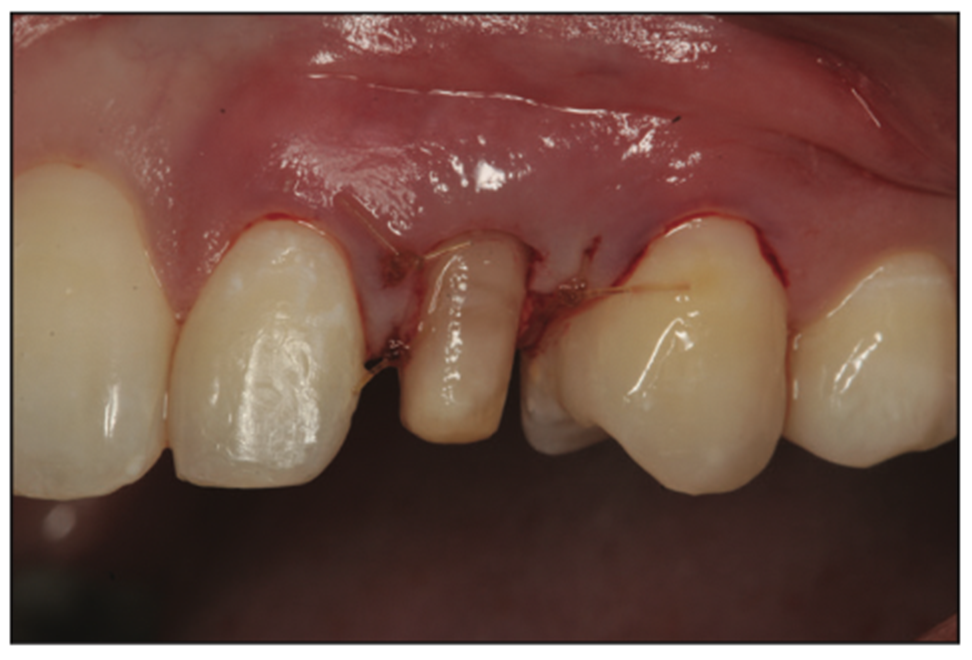 Figure 11. The envelope flap was repositioned at tooth H and secured with sutures at the papilla on the mesial and distal. 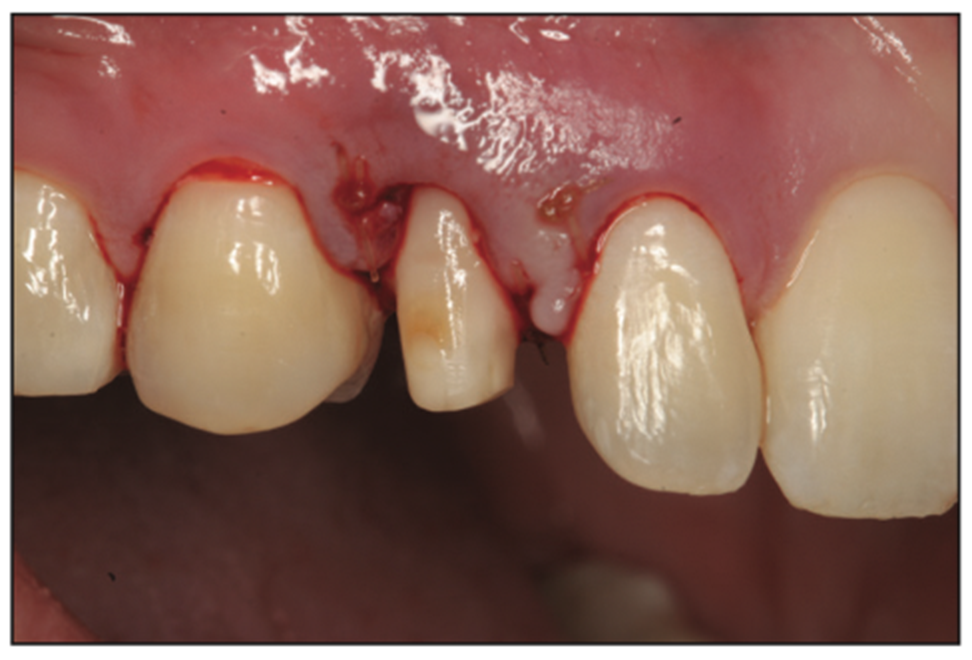 Figure 12. Following osseous crown lengthening on tooth C, sutures were placed at the papilla on the mesial and distal to secure the elevated flap. 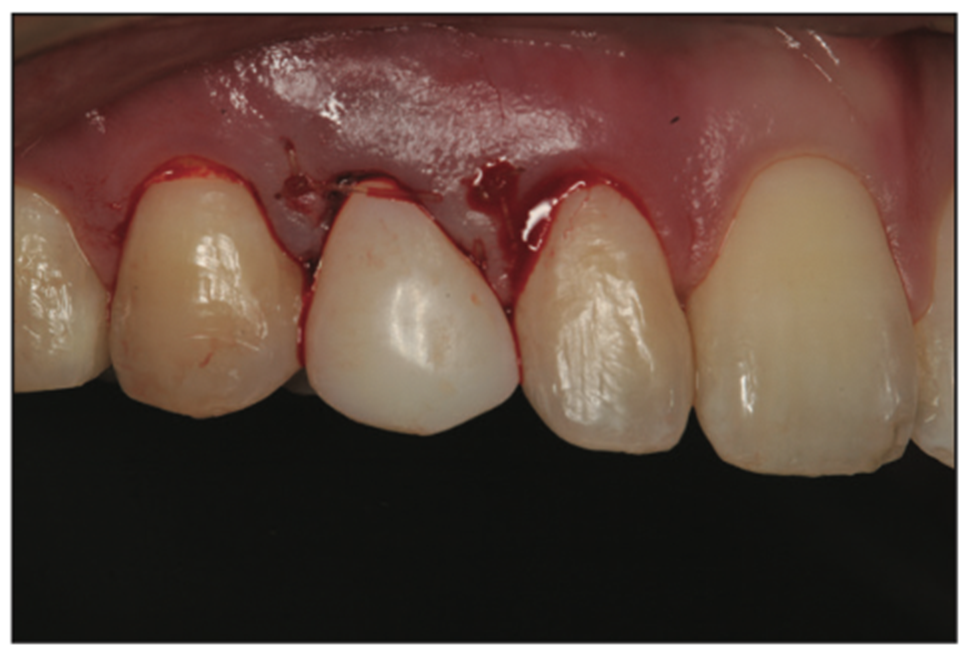 Figure 13. A provisional crown was luted to the prepared tooth C with Temp-Bond (Kerr Dental) to aid in maintaining the gingival margin at the planned aesthetic position. 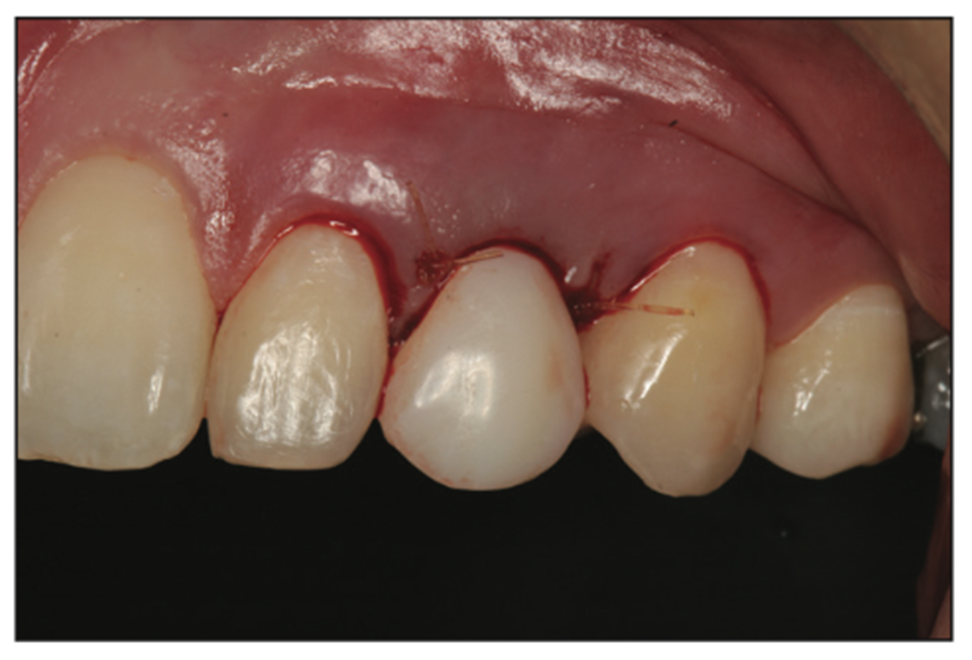 Figure 14. A provisional crown was luted to the prepared tooth H to aid in maintaining the gingival margin at the planned aesthetic position.

Following a healing period of 3 months, the patient presented for initiation of the final crowns. The provisional crowns were removed, and the gingival tissue was noted to be healthy with no inflammation (Figure 15). A full-arch impression was taken with light- and medium-viscosity VPS (Aquasil [Dentsply Sirona]), and the provisional crowns were recemented with Temp-Bond. Custom shades were requested from the dental laboratory by taking photos with shade tabs and forwarding them to the lab. The case was sent to the lab with a prescription for PFM crowns.

Figure 15. Following 3 months of healing, the provisional restorations were removed.

The crowns were returned from the lab and examined on the cast to verify the aesthetics blended with the dentition, and a natural-looking smile was achieved (Figure 16). The provisional crowns were removed, and any residual temporary cement was cleaned off of the preparations. The crowns were tried in, and the patient was given a mirror to verify that he was happy with the aesthetic result. Upon his approval, the PFM crowns were luted with GC Fuji PLUS (GC America). Following the setting of the cement, marginal excess was removed with a scaler, and the occlusion was checked to ensure light contact on the crowns. A natural smile was achieved, and the goals of treatment were completed (Figures 17 and 18). The patient was followed up for several years for routine recare before relocating to a distant city. During the recare at the practice, the deciduous canines remained periodontally stable, and no abnormal mobility was noted.

Figure 16. The final PFM crowns on teeth C and H on the model.

Figure 18. An improved smile with the restored deciduous canines blending with the adjacent teeth for natural aesthetics.

Maintenance of over-retained deciduous teeth that are periodontally stable with the absence of mobility may be considered in the maxillary anterior to improve aesthetics. The technique described is a unique approach to crown lengthening in that multiple structures are prepared together: gingival tissue, crestal bone, enamel, and dentin. This allows accurate reduction of alveolar bone in order to re-establish adequate biologic width.

Dr. Kim received his DDS degree and certificate in advanced prosthodontics from the University of California, Los Angeles School of Dentistry. He maintains a private practice limited to implant dentistry in Buena Park, Calif. He can be reached at eugenekimdds1125@gmail.com.

Dr. Kurtzman is in private general dental practice in Silver Spring, Md; a former assistant clinical professor at the University of Maryland in the department of Restorative Dentistry and Endodontics; and a former American Academy of Implant Dentistry Implant Maxi-Course assistant program director at Howard University College of Dentistry. He has lectured internationally on the topics of restorative dentistry, endodontics, implant surgery, removable and fixed prosthetics, and periodontics and has published more than 780 articles globally, as well as several ebooks and textbook chapters. Dr. Kurtzman has earned Fellowship in the AGD, the American College of Dentists, the International Congress of Oral Implantology (ICOI), the Pierre Fauchard Academy, and the Academy of Dentistry International. He has also earned Mastership in the AGD, the ICOI and International Academy of Dental Facial Esthetics and Diplomate status in the ICOI, the American Dental Implant Association, and the International Dental Implant Association. He is a consultant and an evaluator for multiple dental companies. He can be reached at dr_kurtzman@maryland-implants.com.

Disclosures: The authors report no disclosures. 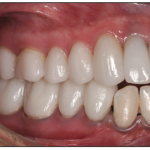 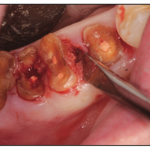