It may be beneficial for children to be given fluoride even earlier than they receive it now, according to the American Dental Association.

Previous information suggested children receive fluoride by the time they were 6. This new information, however, suggests that children be administered fluoride even earlier. The new ADA recommendation states that children should be given fluoride as soon as their first teeth develop.

When children use fluoride toothpaste at an early age, it can lower the rate of decay. Research suggests that around one quarter of children develop a cavity before reaching kindergarten but more children using fluoride at an earlier age can lower that number.

The change in position on when a child should start using fluoride comes after a study from the Journal of the American Dental Association.

The study also indicated that pea-sized quantities of toothpaste can lead to a higher risk of fluorosis when toothpaste is ingested. Children younger than 3 should use smaller amounts of toothpaste. The ADA recommends parents watch their children clean their teeth to make certain the children spit out the toothpaste as opposed to swallowing it.

More studies on fluoride will be conducted to determine when is the exact time children should initially use it. There are many different opinions regarding how people feel about fluoride and this information won’t change those beliefs. 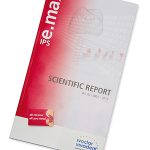