Used in the proper amounts, it can make teeth stronger and aid in the treatment of osteoporosis. When excessive amounts are consumed, however, it can be a killer—a carcinogen that causes bone, lung, and bladder cancers. The “it” is fluoride, a common additive in most American communities’ drinking water and an ingredient in the vast majority of commercially produced adult toothpastes.

Determining the level of fluoride, be it in water, consumer products or the human body, is an important and attractive challenge for scientists. To address that, a Florida State University researcher has developed a molecular sensor that changes color when a sample containing fluoride is added to it.

“The U.S. Environmental Protection Agency recommends that 1 part per million (ppm) of fluoride ions is acceptable in drinking water, but above 2 ppm is considered a serious health risk,” said Sourav Saha, an assistant professor in FSU’s Department of Chemistry and Biochemistry and its Integrative NanoScience Institute. “Because fluoride is carcinogenic even at such small doses, a sensor is needed to detect fluoride selectively at very low concentrations and in the presence of other naturally occurring and biologically important ions.”

Working with a team of graduate students and postdoctoral researchers, Saha was able to develop just such a sensor. His research team discovered that a compound called naphthalene diimide (NDI) interacts with fluoride ions in a uniquely colorful way.

“NDIs are a family of neutral (albeit electron-deficient) aromatic compounds that are colorless until fluoride is added,” Saha said. “A small amount of fluoride will quickly turn the sample orange, while a larger amount will turn it pink. In this manner, it becomes very easy to determine not only the presence of fluoride in water, but at what levels.”

While other fluoride sensors exist, many of them cannot differentiate between fluoride and other anions—negatively charged ions—that might be present in the water.

“Although they can detect fluoride, they cannot accurately measure the levels of fluoride,” Saha said. “Naked-eye detection of fluoride at different concentration levels is an advantage of NDI-based sensors. Our sensor relies on an electron transfer event from a fluoride ion to the NDI receptor for generating a visible response or signal, which in this case is color change. The electron transfer process can be reversed, and the sensor can be regenerated and reused over and over again.”

By designing an appropriate sensor, Saha’s laboratory has achieved a remarkable “nanomolar” sensitivity for fluoride, meaning it can detect about one ten-thousandth of a milligram of fluoride in a liter of water. This makes it one of the most sensitive fluoride sensors known to date.

Water fluoridation has been widely used in the United States since about 1960. Although often a subject of controversy, Saha says it has had the effect of improving overall dental health through a very basic chemical process. When added to water systems, fluoride reacts with a naturally occurring mineral, calcium phosphate, and produces a compound called fluorapatite. Fluorapatite then bonds with humans’ teeth to form a hard, protective layer that wards off corrosion. This is important for dental health.

However, excessive amounts of fluoride in water can cause a condition known as dental fluorosis, especially in young children. This results in a mottled appearance of the dental enamel, as well as possible cracking and pitting of the teeth.

Fluoride is also used in several drugs prescribed to treat the brittle-bone disease osteoporosis. Given in the proper amounts, the fluoride appears to stimulate the formation of new bone tissue. However, when excessive amounts of fluoride build up in body tissues, they can lead to a variety of health maladies, including skeletal fluorosis, which causes pain and damage to bones and joints. Excessive fluoride over a length of time has also been linked to the development of osteosarcoma—a malignant and potentially fatal bone cancer—as well as cancers of the lungs and bladder. For those reasons and others, fluoride has not been formally approved by the Food and Drug Administration for the treatment of osteoporosis in the United States.

Artificial fluoridation of drinking water is commonly practiced in many industrialized nations. While precise numbers are unavailable, perhaps 400 million people living outside of the United States are located in areas where water is artificially fluoridated, according to the British Fluoridation Society. Untold millions of others, especially in parts of Africa, India and China, rely on water sources whose natural fluoride levels exceed EPA recommendations. Efforts to measure the amount of fluoride present in many of those areas are inconsistent and imprecise.

“This is a very significant public health issue worldwide,” Saha said. “Some developing countries fluoridate their water but don’t have a means for measuring it accurately. Others are drinking water that hasn’t been treated with fluoride but that might already contain dangerous amounts naturally. Clearly there is a critical need for a fluoride sensor that can tell people whether their water supply is safe.”

A paper describing his team’s findings was recently published by the Journal of the American Chemical Society. It was coauthored by Saha and his postdoctoral researcher, Samit Guha. It was also highlighted in the Dec. 6, 2010, issue of Chemical and Engineering News.

In addition, Saha filed for a US patent on his fluoride-sensing process in June 2010; he hopes to know within the next year whether the patent will be granted. If it is, the next step likely would be to license his discovery to an outside company that could test it for commercial potential and then, if all goes well, develop it into a marketable product.

“This is a clever idea,” said John Fraser, Florida State’s assistant vice president for Research and Economic Development and director of the Office of Intellectual Property Development and Commercialization. “Using a simple color test to determine safe fluoride levels will lead to a tangible benefit to society. Once commercialized, people will benefit in the United States, but also in countries with high natural but unsafe levels of fluoride.” 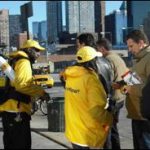 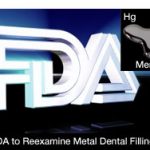