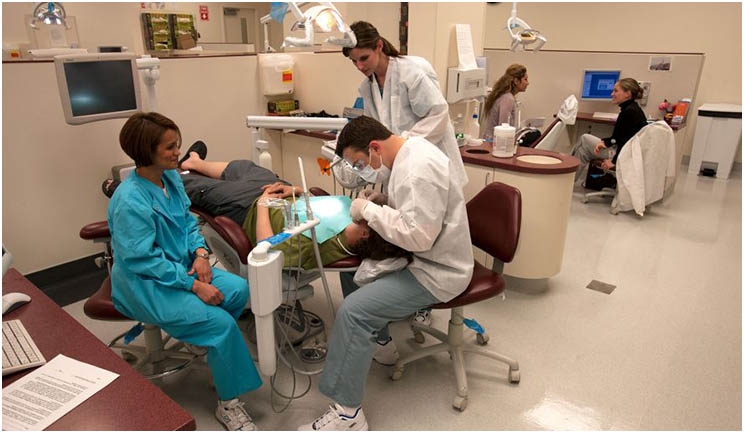 Dentists have many professional options beyond opening their own practices. With 66 dental schools operating in the United States, academics affords many opportunities too, including a rising number of openings—particularly in clinical science. According to a survey by the American Dental Education Association (ADEA), 47 of these schools reported at least one vacant budgeted or lost position during the 2015-2016 academic year—a 5.1% increase since 2010-2011.

There are many different reasons why there are more openings in today’s academic environment, such as the growing number of schools themselves, larger incoming class sizes, competition between the schools for talented faculty, and the benefits of private practice. Bryan J. Cook, PhD, senior vice president for educational research and analysis at the ADEA, recently shared his insights about the survey and where the profession is headed with Dentistry Today.

Q: The number of openings seem to be increasing, largely due to the opening of newer schools and expansion at current schools. What is driving this expansion?

A: Faculty vacancies have been increasing since 2008 due to a number of factors, including the opening of 10 new dental schools since 2008 and the “Great Recession” of 2007-2008, which forced many individuals actively considering retirement to delay. As the economy began to rebound, those individuals, along with new retirees, contributed to an overall rise in vacancies.

Q: Has there been an increase in the number of applicants at dental schools, and have dental schools expanded their class sizes in response?

Q: The study noted that dental schools compete for faculty with a strong private sector. Would you characterize the current private sector for dentists as strong?

Q: How have the dental schools been faring in this competition? Have they been relying on unique incentives for hiring?

A: Since 2011-2012, we have observed an increase in the number of new, full-time faculty coming from private practice. In 2011-2012, 21% of new full-time faculty had been in private practice. In 2015-2016, 25% of new faculty were drawn from the private sector. While individual schools may certainly use unique strategies for recruiting new faculty, nothing in our data suggests any widespread change in how dental schools recruit new faculty

Q: What kinds of development programs do schools have for promoting academic careers?

A: While some schools provide academic career programs, the ADEA does not regularly track types of development programs. A number of programs exist within the ADEA that promote and enhance academic careers. These include ADEA Chapters for Students, Residents and Fellows; the ADEA Academic Dental Careers Fellowship Program; ADEA scholarships, awards, and fellowships for dental educators; and ADEA Leadership Institute Phase V Leadership Development Tuition Scholarships.

Q: Could you spotlight which schools had the most vacancies and offer reasons why they are lagging behind?

A: The ADEA Privacy Policy prohibits us from disclosing certain school-level data and information. From school to school, the number of vacancies tends to ebb and flow for a variety of reasons. For example, a new school may be in the process of recruiting faculty as the school becomes established. In another case, a school may experience a disproportional number of faculty retirements compared to other schools. Or, a school may add a new program in advanced education (or another area) that requires more faculty to be brought on board.

Q: Why are the clinical science positions so difficult to fill?

A: Faculty in the clinical sciences are predominantly dentists and dental hygienists, while basic science faculty are most likely PhDs. Dentists and dental hygienists have a variety of practice options available, and some may want to dedicate their careers to direct patient care. Others want to engage in the academic setting to teach, conduct research, and provide patient care.

As noted above, salary levels between a dentist in private practice and a dental educator are not the same. Many dental schools have a dental practice for the faculty to work in and provide patient care. In many instances, this practice supplements the faculty dentist’s salary.

Q: What impact will the baby boomer generation, now nearing retirement age, have on vacancies in the future?

A: It is unclear what impact baby boomers, born between 1946 and 1964, will have on vacancies. Increased levels of fitness and health consciousness have resulted in many individuals working well past traditional retirement age, particularly in higher education. The ADEA is continuing to monitor this demographic.

Q: Does maternity leave play a significant role in these vacant positions?

A: We do not disaggregate data on leave by type of leave, whether maternity leave or other type of leave taken. It also is important to note that schools do not necessarily report as “vacant” the position of a faculty member on leave. In light of this, we are unable to connect reported vacancies with faculty reported on leave. Based on our 2015-2016 survey, just 0.4% of faculty were reported as “on leave,” suggesting that the impact of maternity leave on vacancies is nominal.

Q: How well do part-time faculty members balance their academic commitments with their private practices?

A: Part-time faculty are valued members of the dental education community. It is often the case that part-time faculty establish a routine or schedule in which they allocate time to the school and to their private practices. Time dedicated to the school typically varies from half a day to several days per week.

Q: Technology is evolving at a faster and faster pace, particularly in digital dentistry. How are schools faring in finding faculty who can address these new tools?

A: Faculty in dental schools participate in professional development, as do dentists in practice. School faculty and staff work with external product vendors or develop in-house training and instruction within the dental school setting to ensure faculty are up-to-date on technology and techniques for the best patient care. Schools are committed to keeping abreast of the best evidence-based use of technology in practice. In fact, school faculty members often engage in testing new technologies and materials through grants or contracts. 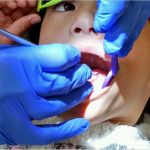 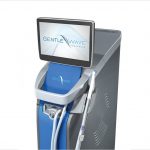