A Complex Case of Long Neglect Ends With a Positive Outcome 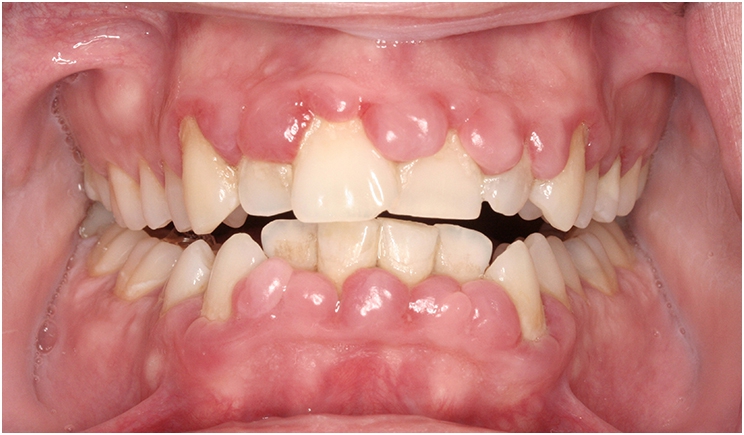 A new patient came into Wilshire Smile Studio for his first visit and a hygiene evaluation, admitting he had not been diligent in his brushing and flossing. Additionally, it had been three years since his prior professional cleaning.

Not surprisingly, the patient’s inflammation was very severe, with heavy sublingual calculus. The patient also had extreme gingival hyperplasia, an overgrowth of gum tissue around the teeth that can have multiple causes, but is often a symptom of poor oral hygiene (Figure 1). During this first visit, the patient was examined by one of our dentists and x-rayed, and we determined we should begin treatment as soon as possible.

Three days later, the patient returned and was injected with 8 ml of lidocaine 2% and septocaine 4%. All of the anterior teeth along with the upper right and upper left quadrants were cleaned, with a separate cleaning for the upper left and lower left quadrants to shortly follow. After the cleanings, our periodontist performed a gingivectomy to remove the excessive gum tissue for all four quads.

On his visit four weeks later, the patient was informed his hyperplasia would reoccur unless he improved his dental hygiene skills. He was shown how to brush and floss properly, as educating the patient is a core component to promoting lasting oral hygiene. Afterward, the upper and lower anterior teeth were debrided and an appointment for a recall in three months was set.

Upon his return, the patient’s teeth were scaled with a hand instrument, and he received a four-quad irrigation with an antibacterial solution, alongside another educational moment to ensure proper home care. Shortly thereafter, the patient had large decay removed from tooth No. 17 and a composite filling placed. Preparation was made for an onlay for tooth No. 18 and crown for tooth No. 19. Because No. 18 was very close to a nerve and pulp exposure for No. 19, the patient was referred to an endodontist.

After an additional few months, the patient returned for an exam. He said he had only rarely been flossing and had moderate plaque, general inflamed gingival margins, and bleeding gums. Hand-scaling was performed, though the client declined irrigation. He was counseled again about the importance of his home care.

Three months following, the patient came in after having had root canal treatment for No. 18 and 19. Preparations were made for crowns, impressions were taken, and temporaries were fabricated and cemented. After the customized crowns had returned from a notable dental lab, the temporaries were removed from No. 18 and 19, and the crowns were cemented in. The patient was very impressed with the shade match. Hand-scaling was done on the lower and upper anterior teeth, and the patient departed his appointment in good condition and very satisfied.

During his next appointment, the patient presented with decay on tooth No. 10, which was removed and restored with composite.

After a discussion about the need to straighten his teeth with Invisalign both for ease of cleaning and a desire for a better-looking smile, the patient was provided aligners 1 and 2, with instructions to wear them full-time, except when eating, flossing, or brushing (Figure 2). He was advised to only switch to the next aligner if the first felt loose. If the first still felt tight, we told him, he should wear it a few more days.

Attachments were then placed, and aligners 3 and 4 were delivered. Contacts were loosened for ease of movement. Aligners 5 and 6 were then delivered, and the patient expressed satisfaction with the process.

During the patient’s next appointment, aligners 7 and 8 were delivered. Additionally, inflamed gingival margins on lower and upper anterior teeth were noted, as well as general plaque buildup, so hand-scaling was performed.

A follow-up discussion with the patient revealed he still was not flossing consistently. Gingival posteriors were inflamed. Pocket depths varied from 2 to 6 mm across all his teeth, and there was general plaque and calculus. Heavy hand-scaling was performed, and use of a water pick was recommended.

Aligners 15 and 16 were soon delivered, and the patient shared that he was thrilled with the results. He noted that he tried to use the floss pick daily, but pocket depths were like times past, so hand-scaling and irrigation were performed. A water pick was again recommended for home care.

After the patient’s Invisalign attachments were removed, impressions were made for Vivera retainers, and Zoom whitening was also completed.

Nearly a year and a half after his initial appointment, the patient returned complaining about sensitivity in an upper left wisdom tooth. After evaluation, it was apparent there was light to medium plaque or calculus on his teeth, which was hand-scaled, and anti-bacterial irrigation was also performed. We then recommended the patient utilize an electric toothbrush with a soft bristle.

When the patient next returned, he shared he had been using an electric toothbrush, and we were pleased to report that buildup of plaque and calculus was significantly lighter.

The patient returned a few months following for periodontal maintenance, as there was still some localized inflamed gingiva on the posterior teeth, so hand-scaling was performed. Approaching the two-year mark after his original treatment, I am delighted to share that the patient continues to be more attentive to his periodontal care with dramatic improvement.

The patient reported he had been wearing his Vivera retainers nightly, and X-rays provided thrilling results. This patient’s journey serves an inspiring case of someone who had been very neglectful, but who came to recognize the importance of working with a dental team to greatly improve his oral health and smile (Figure 3).

Dr. Elyassi is the founder of Wilshire Smile Studio in Los Angeles. He oversees the multispecialty practice, which spans laser and cosmetic dentistry, sleep apnea treatment, Invisalign, veneers, dental implants, and other services. After graduating from the University of Southern California School of Dentistry, he established his practice in 2002, specializing in general and cosmetic dentistry. A notable figure in the dental industry, he formerly held roles as president of the Los Angeles chapter of Alpha Omega International and served as an active member of the ADA and California Dental Association. For more information, visit ladentist.com.

A Short Case Study: A Two-Headed Snake Anatomy on Tooth No. 15

A Short Case Study: A Large PAP Close to the IANB 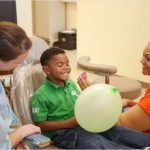 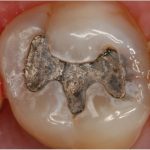