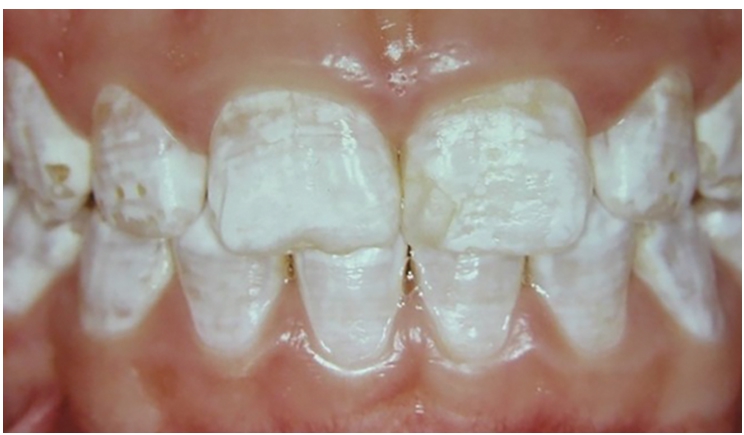 The enamel microabrasion technique is one of the most effective and safe ways to remove superficial enamel stains. This technique makes it possible to do more conservative procedures using abrasives associated with chemical solutions1 for the removal of intrinsic enamel stains of hard texture and of any color and etiology and while also removing enamel irregularities after orthodontic bracket debonding.1-5

The clinical results observed are permanent and highly satisfactory, presenting a dental enamel surface with considerable regularity, smoothness, and brightness, which improves over time.1,3,4,6-9 Currently, microabrasion can be employed using safe and ready-to-use products that are available commercially, such as Opalustre (Ultradent Products), which is composed of 6.6% hydrochloric acid associated with fine-grit silicon carbide abrasive particles.

After enamel microabrasion, the teeth may acquire a darker coloration that can be bleached with carbamide peroxide based products, which are applied using acetate trays with a considerable margin of clinical success2-5,8-10. Previous studies have evaluated and quantified the precise daily wear time of the removable orthodontic appliances11,12 and of the acetate trays/bleaching product during at home dental bleaching8,9 using a TheraMon electronic device (TheraMon, Sales Agency Gschladt, Hargelsberg, Austria) incorporated into removable orthodontic appliance and in the custom acetate tray, respectively.

The following clinical case report presents an enamel microabrasion case follow-up at 18 years and an at-home dental bleaching treatment using 10% carbamide peroxide in a custom acetate tray with the Theramon microsensor attached to monitor and quantify the wear times of the acetate tray/bleaching product during dental bleaching.

In 2000, a 12-year-old female presented to the São Paulo State University Araçatuba Dental School with idiopathic white enamel demineralization on all her clinical dental crowns, along with some localized eroded enamel areas on the upper and lower teeth (Figure 1).

The buccal enamel stains on the incisors, canines, and premolars of both arches were removed using Opalustre.2 The superficial layer of the stained enamel was removed (macro-reduction) using a high-speed, tapered fine diamond bur (No. 3195 FF [KG Sorensen Indústria e Comércio Ltda]) on the buccal surfaces of the maxillary and mandibular incisors, canines, and pre-molars and under copious irrigation.

The operator, patient, and assistants wore eye protection during all of the clinical procedures. The maxillary dental arch was isolated using a rubber dam while using Opalustre to remove the remaining stains and the superficial irregularities promoted by the fine diamond bur (microabrasion). The microabrasive compound was applied under firm pressure with a specially developed rubber cup (OpalCups [Ultradent Products]), coupled with a low rotation micromotor at a very slow speed to prevent splattering of the microabrasive product.

Two or three 60-second applications of the microabrasive compound were necessary on each of four teeth, using water irrigation between each application. The buccal enamel surfaces were polished with fluoride paste and then washed and dried. A 4-minute topical application of 2% neutral-pH sodium fluoride gel was done.

The same procedures were done at the next session on the mandibular arch. Only the maxillary central incisors, which initially presented a loss of tooth structure, were restored with composite resin (TPH Spectra [Dentsply Sirona Restorative], shades A1 and A2) (Figure 2, top).2

Eighteen years after the enamel microabrasion had been done, the patient wished to bleach her teeth, which had an initial color of B2 (VITAPAN Classical Shade Guide [VITA Zahnfabrik]) (Figure 2, bottom). The dental bleaching was performed in both arches using 10% carbamide peroxide gel (Ultradent Products) in custom-formed trays over a period of 33 days.

After alginate impressions were made of the maxillary and mandibular arches, soft vinyl mouth trays were made, and the electronic microsensor (Theramon) was inserted in the labial region of the acetate tray to measure the wear time of the acetate trays/bleaching product (Figure 3a).

The patient was instructed to place a small drop of the dental bleaching gel into each tooth section of the tray, from second premolar to second premolar, and to use the trays/bleaching product for 2 hours per day. Four tubes of dental bleaching product were used over the course of the bleaching treatment. The patient was advised of the presence and purpose of the Theramon microsensor, which did not affect patient comfort during the bleaching treatment (Figure 3b).

The microsensor measured the temperature of the mouth with an accuracy of ± 0.1°C, and the temperature was recorded every 15 minutes. The data collected by the microsensor was transferred using a wireless connection between the microsensor and a reading station coupled to a Universal Serial Bus (USB) connection. The wear time data was interpreted. It was revealed that, during the 33 days of dental bleaching, the mean wear time of the acetate trays were 2:00 and 1:59 hours per day for the maxillary and mandibular arches, respectively.

According to the wear times per day observed in Figure 3 (1:45 to 2:30 hours per day), it can be concluded that the patient accurately followed the recommendations for using the acetate trays/dental bleaching product and used both trays simultaneously every day of treatment.

However, it had to be taken into account that the Theramon microsensor monitors and records the wear time in only 15-minute intervals.13 This explained the slight fluctuating variation of 15-minutes of wearing time per day between both trays that began on the eighteenth day of treatment (Figure 4).

No tooth sensitivity was reported during or after the bleaching treatment. The final color obtained was B1 (VITAPAN Classical Shade Guide ) (Figures 5 and 6).

This clinical case example demonstrated enamel stains that resembled the clinical characteristics presented by dental fluorosis. However, according to the anamnesis and dental history, excessive ingestion of fluoride during tooth formation was denied by the patient’s parents, and this was despite the fact that the affected teeth showed the typical effects of dental fluorosis, opaque enamel stains with white colorations, hypoplastic enamel, and enamel erosion.14

Enamel chromatic alterations, whether brown or white, are defects frequently observed in enamel, even without the presence of excess fluoride, and occur during the maturation phase of the enamel. These alterations may be observed in one or more isolated teeth.3 According to Sundfeld et al2 (2002), the etiology of intrinsic enamel stains is not a determining factor for using the microabrasion technique. This technique is effective on hard-texture enamel stains of any color, and that compromises aesthetics.

It has been suggested to begin enamel microabrasion by doing macroreduction of the affected enamel using a fine-tapered diamond bur (3195 FF) to lightly abrade the stained area. This procedure reduces the time needed for the removal of stains and the amount of microabrasive material to be used, especially when faced with more pronounced intrinsic stains.

Opalustre, the microabrasive product used in this clinical case, is composed of 6.6% hydrochloric acid associated with silica carbide particles. This easy-to-use product has demonstrated excellent clinical performance for enamel stain removal and for smoothing the surface irregularities left by the diamond-bur, and with greater safety for the buccal tissues, operator, and patient. With the prior use of a fine-tapered diamond bur, two or three applications of Opalustre are typically required to achieve the desired aesthetic effect.2,3,5,8,9,15

It has been clinically observed in studies on enamel microabrasion that the dental enamel surface submitted to enamel microabrasion presents considerable regularity, smoothness, and brightness, all of which improve over time1,3,5,8,9 due to the compaction of mineral substances from the erosive and abrasive action of the microabrasive compound on the enamel surface.1,7 Additionally, enamel presents a higher resistance to demineralization, as well as the colonization of Streptococcus mutans.16

The excellent aesthetics observed 18 years after enamel microabrasion are presented in Figure 1c, which indicates the positive potential outcome that this protocol can provide. Furthermore, the results after using this technique have been found to be long-lasting, and the stains, once removed, do not return.1,3,5,8,9

Eighteen years after the enamel microabrasion application, the teeth in this case report showed a marked yellow color due to a decrease in the thickness of the buccal dental enamel. As a result, the patient wished to bleach her teeth. This was done using 10% carbamide peroxide, which is effective in establishing the aesthetics of the smile when used appropriately.3,5,8,9,17

We must consider that the ability to achieve an effective level of dental bleaching is related to the degree of commitment of the patient, especially with regard to the daily wear of the acetate trays. It should be noted that it is possible that simply the presence of the microsensor in the acetate trays can positively influence the motivation of the patient to use the trays as instructed.8,15

According the current results, it can be concluded that:

Dr. Renato Herman Sundfeld is a professor in the Department of Preventive and Restorative Dentistry at the São Paulo State University (UNESP) School of Dentistry, Araçatuba, Brazil. He can be reached via email at sundfeld@foa.unesp.br.

Mr. Pavani is a PhD student in the Department of Preventive and Restorative Dentistry at the São Paulo State University (UNESP) School of Dentistry, Araçatuba, Brazil.. He can be reached via email at caiopavani_ata@hotmail.com.

Dr. Schott is a professor in the Department of Orthodontics, Faculty of Medicine, Sigmund Freud University, Vienna, Austria. He can be reached via email at timm.schott@med.sfu.ac.at.

Dr. Pini is a professor in the Department of Restorative Dentistry and Prosthodontics at Centro Universitário Ingá–UNINGÁ in Maringá, Brazil. He can be reached via e-mail at nubiapini01@gmail.com.

Dr. de Magalhães Bertoz is an assistant professor in the Department of Preventive and Restorative Dentistry at the São Paulo State University (UNESP) School of Dentistry, Araçatuba, Brazil. . He can be reached via email at andre.bertoz@unesp.br.

Dr. Daniel Sundfeld is a professor in the Department of Restorative Dentistry and Prosthodontics, Centro Universitário Ingá–UNINGÁ. He can be reached via e-mail at sundfeldneto@gmail.com.

The Fine Points of Bleaching Intrinsic and Extrinsic Stains 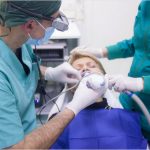 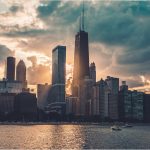