South Australian Museum and University of Adelaide scientists working on fossils from Kangaroo Island have found eyes belonging to a giant 500 million-year-old marine predator that sat at the top of Earth’s first food chain.

This story will be accompanied by an artist’s impression of the super predator on the front cover of the December 8, 2011 issue of Nature.

Paleontologists have discovered exceptionally preserved fossil eyes of the top predator in the Cambrian ocean from more than 500 million years ago: the fearsome meter-long Anomalocaris.

The scientists show that the world’s first apex predator had highly acute vision, rivaling or exceeding that of most living insects and crustaceans.

Anomalocaris is the stuff of nightmares and sci-fi movies. It is considered to be at the top of the earliest food chains because of its large body size, formidable grasping claws at the front of its head and a circular mouth with razor-sharp serrations.

Supporting evidence of this predator’s dominance includes damage to contemporaneous trilobites, and even its fossilized excrement (or coprolites) containing the remains of its prey.

The discovery of its stalked eyes—showing astonishing details of its optical design—from a 515-million-year-old deposit on Kangaroo Island in South Australia now confirms it had superb vision to support its predatory lifestyle.

All The Better To See You With…

The fossils represent compound eyes—the multi-faceted variety seen in arthropods such as flies, crabs and kin—and are amongst the largest to have ever existed, with each eye up to 3 cm in length and containing more than 16,000 lenses.

The number of lenses and other aspects of their optical design suggest that Anomalocaris would have seen its world with exceptional clarity whilst hunting in well-lit waters. Only a few arthropods, such as modern predatory dragonflies, have similar resolution.

The existence of highly sophisticated, visual hunters within Cambrian communities would have accelerated the predator-prey arms race that began during this important phase in early animal evolution more than half a billion years ago.

The discovery of powerful compound eyes in Anomalocaris confirms it is a close relative of arthropods, and has other far-reaching evolutionary implications. It demonstrates that this particular type of visual organ appeared and was elaborated upon very early during arthropod evolution, originating before other characteristic anatomical structures of this group, such as a hardened exoskeleton and walking legs. 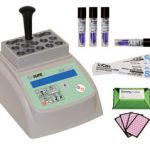 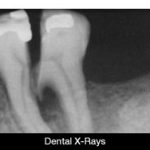