Dentistry may aid in predicting who’s at risk of fractures.

By using dental x-rays, it’s now possible to tell who may be more susceptible to fractures, according to the journal Nature Reviews Endocrinology. The information was developed by researchers at the Sahlgrenska Academy in Sweden.

After earlier research by this group, it was determined that there’s a correlation between sparse bone structure in the trabecular bone in the lower jaw and a higher likelihood of having had some bone fracture at some point in the past.

The researchers wanted to find out even more information, however. That’s why they wanted to use this information as a method to make educated guess as to who will suffer fractures in the future. These results appeared in the journal Bone, as well the Wall Street Journal.

The study includes information from the Prospective Population Study of Women in Gothenburg, which began in 1968. This study included 731 women who have been analyzed many times since 1968. Their jawbones were closely studied in 1968, 1980 and any time the suffered a fracture. There were 222 total fractures reported.

This information also applies to men even though they weren’t analyzed in the same way as women for this study. 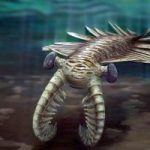 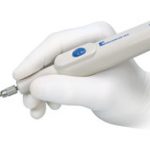