Will Botox Become Widespread in Dentistry?

Botox is now being used for practical purposes in some places.

Treating jaw tension and pain is one of the side benefits of Botox and it’s beginning to catch on in some places. In some places, there may even be debates about using it more frequently.

In Utah, for example, the law permits dentists to administer drugs that could be construed as related to dentistry.

In other places, such as Massachusetts, the dental board passed a law last March that permits dentists to administer botulinum toxins and other substances that reduce wrinkles. There are 20 other states that allow such procedures, according to the American Dental Association.

Some people say that Botox is within a dentist’s boundaries to administer.

Botox, however, is the same neurotoxin protein that causes botulism when a person receives large doses. In some cases, botulism results in paralysis, according to the US Food and Drug Administration. Botox generally wears off, though.

More research is necessary to determine the eventual effects from using to Botox to relieve jaw pain. 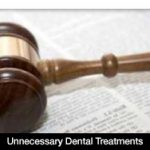