Why Did the Turtle Go to the Dentist?

When a sea turtle in Florida was suffering from a cracked shell, a dentist came to her rescue.

Using an acrylic resin denture adhesive, Dr. Fred Troxel was able to bond two metal plates over the 10-inch split. The Florida Keys Turtle Hospital has been caring for the 40-pound turtle, fixing injuries that are believed to have been caused when she was struck by a boat.

Dr. Troxel has treated turtles before, so he was called in for assistance when hospital staff was having difficulty getting anything to adhere to the turtle’s shell. He compared the procedure to contemporary dentistry, pointing out that dentists regularly bond restoratives to teeth, an organic substance. Bonding the plates to the shell utilized that same principle.

The turtle, named Elena, has a number of injuries, but the turtle hospital is optimistic that she will recover and be let back to the sea. 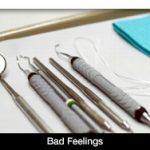