When Digital Doesn’t, digit Power Does 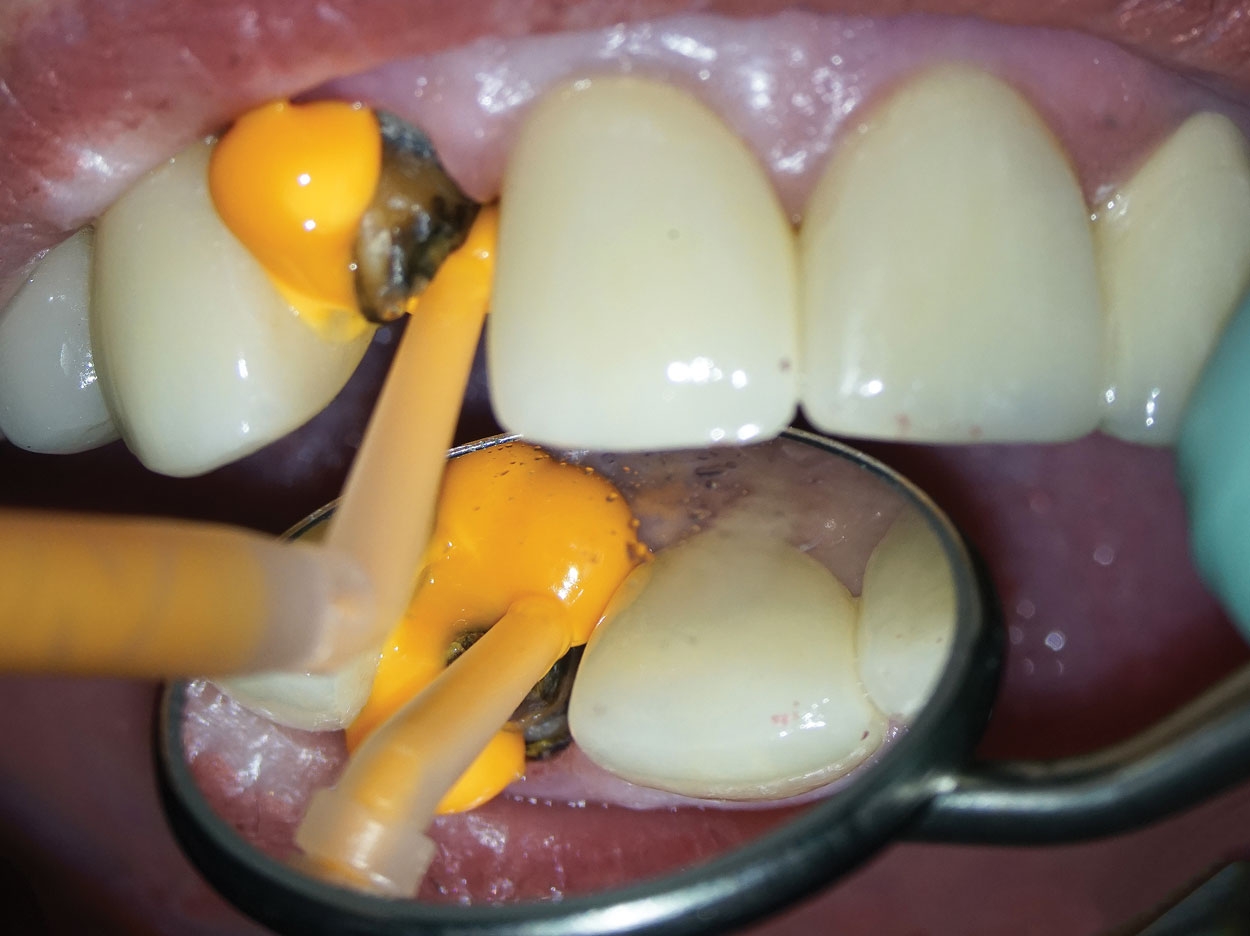 While digital technology has revolutionized many aspects of dentistry, there are times when technology is unable to accomplish a task and “analog” dentistry comes back in to round up our arsenal of materials to achieve the desired goal.
The patient presented with failing porcelain-fused-to-metal crowns on teeth Nos. 6 to 8. Outside of open margins and gingival inflammation, the gingival zeniths of the teeth appeared to be apical to their contralateral counterparts (Figure 1). Facial probing depths ranged from 3 to 4 mm.
The proposed treatment plan was to perform a soft-tissue crown lengthening of 2 to 3 mm along the facial zeniths with a diode laser, followed by the use of an acrylic provisional for 4 to 6 weeks to allow for healing as well as to fine-tune aesthetics and occlusion.

Following an appropriate time, teeth Nos. 6 to 8 were impressioned with an intraoral scanner. While all teeth had subgingival margins and a small, knitted cord was placed at the time of scanning, tooth No. 7, which had been endodontically treated, was significantly darker than the other teeth (Figure 2). This became an issue as the scanner was unable to accurately capture a reliable impression, even after multiple retraction methods were employed. While there are techniques to aid in scanning for digital impressions, such as using a titanium-oxide powder, it was decided that another approach might prove just as effective.
As the margins were deep and exactness was of prime importance, it was decided that Aquasil Ultra+ Smart Wetting Impression Material (Dentsply Sirona) would be used via the digit Power Dispenser (Dentsply Sirona). Possessing incredible accuracy and intraoral hydrophilicity, as well as a high tear strength, Aquasil Ultra+ was the obvious choice.
Under the operating microscope (Flexion [CJ Optik]), a dual-cord protocol was employed. Following removal of the second cord, digit Power Dispenser was employed to deliver Aquasil Ultra+ extra light wash material deep into the sulcular area (Figures 3a and 3b). There are numerous advantages to using the digit Power Dispenser. Firstly, it produces a smooth and uniform mixture of the Aquasil Ultra+. Secondly, there is an ergonomic benefit due to its light weight and ability to effortlessly deliver the material, which spares the practitioner from having to hand pump a traditional dispenser. Thirdly, there is less material waste, especially when compared to traditional 50-mL delivery units.
Figure 4 demonstrates the excellent submarginal adaptation of the impression despite the deeper margin. Note the flash past the margins. The laboratory processed the Aquasil Ultra+ impression and a high-opacity lithium disilicate crown was fabricated to match that of teeth Nos. 6 and 8. Crowns were cemented with Calibra Universal (Dentsply Sirona). Figure 5 demonstrates the final outcome.
For more information, call Dentsply Sirona Restorative at (800) 532-2855 or visit the website dentsplysirona.com/digitpower.

Dr. Volker graduated from the Columbia University School of Dental and Oral Surgery and completed a general practice residency at the New York Hospital Medical Center of Queens. He is an attending doctor at Coler-Goldwater Specialty Hospital and Nursing Facility, where he supervises dental residents performing clinical procedures. Dr. Volker lectures on various dental topics to dental residents and students, medical students, and physicians. 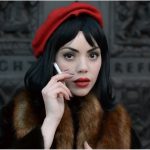