Whatever it Takes to Save a Tooth

Dr. Gordon Wilson of Phoenix, AZ received the Orkos Award for demonstrated professional excellence in a case study report of a patient treated for gum disease. This patient had been referred to Dr. Wilson’s practice because his gum disease was so severe that 6 teeth were in jeopardy of extraction and the patient insisted on trying to save them all.  At the initial exam, Dr. Wilson agreed that at least two of the teeth were likely to be lost, but the patient persisted and volunteered to do “whatever it takes to save a tooth,” including the 200 mile drive to Dr. Wilson’s office for multiple visits. The treatment proved so successful that only one tooth (#2) was extracted and Dr. Wilson was able to plan necessary restorative work.

The Orkos Award was founded by Perio Protect LLC and celebrates the contributions of dental professionals in the fight against gingivitis or periodontitis, recognizing individual contributions in minimally invasive dentistry.   To receive the award, doctors and hygienists submit documentation demonstrating significantly improved clinical patient outcomes. The qualifying radiographic evidence presented by Dr. Wilson was of particular interest because the radiographs indicate new bone growth. According to Dr. Wilson, similar success has resulted in his office with laser treatment only, but the success wasn’t consistent until he added the Perio Tray® delivery of medication. “Combining the two approaches,” he said “gives greater predictability and precision to my practic.”

When an individual is diagnosed with gum disease, the most common treatment is scaling and root planing, a rigorous cleaning of the teeth below the gum line that often requires a local anesthetic. The patient had had this procedure completed multiple times, which is not uncommon for moderate to severe cases. Because the gum and bone support for 6 teeth were so seriously compromised, the efforts to save them were given a time limit.  Dr. Wilson and his patient agreed that a careful re-evaluation both for periodontal disease and potential restorations would be completed after 9 months treatment. The patient was informed that if there was any hope of saving two of the teeth (10 and 14); these teeth would require root canal therapy; however, if these two teeth exhibited mobility after nine months, they agreed to consider their efforts a failure and extract the teeth instead.

Before treatment, almost half of this patient’s mouth bled when probed and almost half of his pockets measured 4mm or more, including some over 10mm.  Bacterial infections under the gum line prompt inflammation (bleeding) and gradual deepening of the pockets, but, as in this case, the occlusion – the way the patient bites – can also impact the infectious inflammatory conditions. Dr. Wilson first adjusted the functional bite position, then used the Nd:YAG laser site specifically on the most severely diseased tissues, and performed scaling and root planing generally.  The Perio Tray was then prescribed to deliver medication into the pockets.

The non-invasive, prescription Perio Tray is used by patients, at home between office visits. The Tray can be used before and/or after mechanical or laser treatments to place medication under the gumline in the pockets so the medication can augment the services done in the dental office. Patients return to the dental office periodically for an evaluation of their conditions and modified usage instructions.

The basic treatment plan for this case study follows Dr. Wilson’s patent-pending protocol to treat and maintain all stages of periodontal disease, which he calls Therapeutic Laser Care (TLC) 4 Gums.  With TLC 4 Gums, all patients use prescription Perio Trays to deliver medication for treatment and long-term maintenance. Scaling and root planing is supplemented in more severe cases with laser therapy. This case required all the options, plus two root canals. Additional information on Dr. Wilson’s approach is available to dentists and dental hygienists at www.perio101.com.

A general dentist, Gordon Wilson has been in private practice in and around Scottsdale, Arizona since graduating from the University of Nebraska Medical Center’s College of Dentistry in 1995.  He founded the Arizona Periodontal Laser Surgical Institute in Scottsdale and continues to practice advanced general dentistry and alternatives to traditional gum surgery. You can contact Dr. Wilson’s office by calling 480-661-4867 or viewing his website www.tlc4gums.com.
To view the radiographic evidence and periodontal charts or for additional information about the Orkos Award and the current winners, go to www.theorkosaward.com.  To learn more about the Perio Protect Method®, visit www.perioprotect.com.

Previous post Lessons In A Lunch Box Program To Reach 15,000 Children By 2012 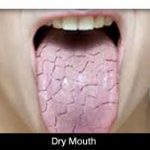