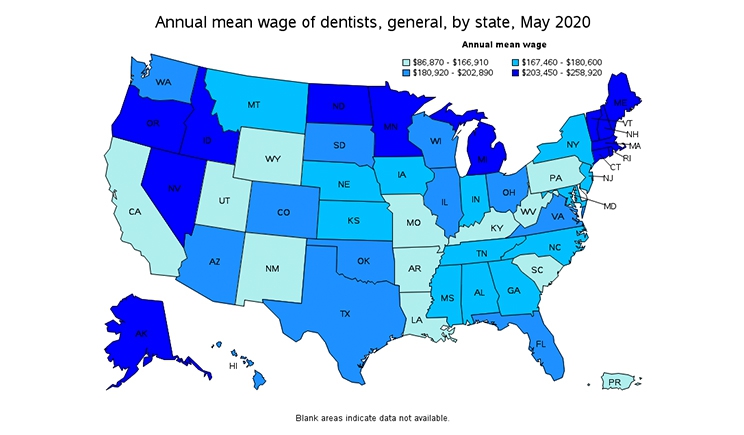 The BLS also is optimistic about dentistry’s prospects beyond the pandemic, projecting overall employment to grow from 3% from 2019 to 2029, which is about as fast as the average for all occupations. The bureau attributes this growth to the aging population.

Baby boomers are keeping more teeth as they age compared to previous generations, the BLS said, requiring more dental care. This treatment will include complicated work such as implants and bridges. The increased risk of oral cancer that comes with aging will be a factor as well.

Demand for dental services also will increase as research continues to link oral health to heart disease, diabetes, and other systemic issues, the BLS said. Dentists will need to provide care and instruction that promotes good oral hygiene, not just fillings, the BLS added.

Specifically, the BLS expects the total number of general dentists to grow from 2019’s total of 132,100 to 135,700 in 2029. During the same period, the BLS expects oral and maxillofacial surgeons to increase from 5,600 to 5,700 and orthodontists to increase from 7,200 to 7,300. The BLS does not anticipate any increase among the 600 prosthodontists now in practice or among dentists in other specialties.

By city, Olympia-Turnwater in Washington and Warner Robins in Georgia had the highest annual mean wage with an unspecified amount, followed by Dover-Durham in New Hampshire and Maine at $286,540, North Port, Sarasota, and Bradenton in Florida at $278,790, and Portland-South Portland in Maine at $278,390.

Like dentists, the BLS cites an aging population keeping more of its teeth and greater awareness of oral-systemic health for this growth. But the BLS also notes that the demand for dental hygienists will grow as state laws increasingly allow them to work at the top of their training and they effectively become more productive.

Dental lab technicians also will see 9% growth through 2029, with 3,400 new positions driven by the demands of the aging population and its cosmetic and functional needs. Technicians with experience in emerging technologies like 3D printing will have the best prospects, the BLS said.

Many dentists weren’t surprised by the increases in mean salary.

“Financially savvy dentists raised their fees before they started reopening their practices in early May, depending on the state they practiced in, due to the cost of using more PPE,” said Richard Huot, DDS, founder of Beachside Dental Consultants.

“After treating emergencies only for a few months, large procedures such as crowns and quadrants of neglected restorative work resulted in increased production,” Huot said. “Also, because of the PPE, dentists saw less patients each day, but did more procedures at one sitting, which created unintended efficiencies due to the lower volume of dentistry done.”

“First, most practices were shut down for approximately eight weeks in April and May 2020. Some states had longer periods of shutdown. Although revenue and income were lost during that time, the second unprecedented scenario, extreme pent-up patient demand following the reopening of practices resulted in most practices experiencing increased revenues between June 2020 and November 2020,” Levin said.

“In many cases, these increased production levels were at record highs. This more than offset the loss of revenue and income during the practice shutdown period,” said Levin.

“Since the end of the pent-up demand, we are observing an approximate 5% to 10% reduction in practice revenue (on average), which could possibly have a direct effect on doctor income in calendar year 2021. This may be mitigated by a return of patients to the practice who had previously held safety concerns and were holding off on seeing the dentist,” said Levin.

“The national average of patients who stayed out of dental practices, according to the ADA Health Policy Institute, was approximately 15%. Many are now returning. If there is any downward pressure on income for dentists in 2021, we believe it will turn around and increase again within a relatively brief time period,” said Levin.

Other factors had a significant impact on salaries in 2020. For example, Levin noted how most practices received Paycheck Protection Program loans, alleviating the need to invest more in those practices to remain operational. These factors will continue to affect incomes in the years ahead.

“Office overhead is definitely on the rise, with inflation impending in the background. Dentists who don’t raise their fees or are restricted by insurance contracts will find themselves with financial demands,” said Huot.

“The amount of practices available to buy will lead to further consolidation of the industry, as early boomer dentists retire in greater numbers, and DSOs and large group practices increase the number of practices that they accumulate,” Huot said.

“More dentists than in the past are employees, versus practice owners, and their compensation may have remained stable as a result,” Levin said.

This shift from dentist-owners to employment at DSOs largely can be traced to the growing burden of student loans.

“With student loans for new graduates, undergraduate education and dental school, averaging in the $320,000 range, the estimated loan payment on a 10-year loan with a conservative interest rate of 4.5% would be just $3,300,” said Maggie Augustyn, DDS, a general dentist practicing in Elmhurst, Illinois.

“This is about a quarter of the estimated take-home pay for dentists, quoted at about $13,000 per month. Subtract from that taxes, and it could be cost-prohibitive to purchase a practice or build out a new one,” said Augustyn, adding that dental careers aren’t always about the salary anyway.

“The reason for choosing our profession has everything to do with our own self-professed mission, values, and passion and much less to do with the financial rewards. Having said that, the personal, physical, and professional demands are always on a steep incline, and there ought to be some sort of financial reward for the concession we’ve made to get here,” she said.

“The unending stresses of the pandemic have turned up the volume on our daily stress. Though there may have been a slight increase in take-home pay as reported by the Bureau of Labor Statistics, the reduced financial security, brought about by an increase in student loans, makes it difficult to recommend our chosen profession to those interested,” Augustyn said.

“In general, we are optimistic for dentist income going forward and successfully recovering from the pandemic,” Levin said.

Report Predicts Surge in Oral Healthcare Demands Due to the Pandemic 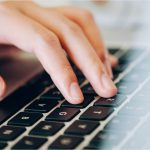 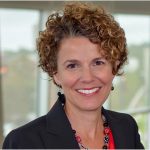