Report Predicts Surge in Oral Healthcare Demands Due to the Pandemic 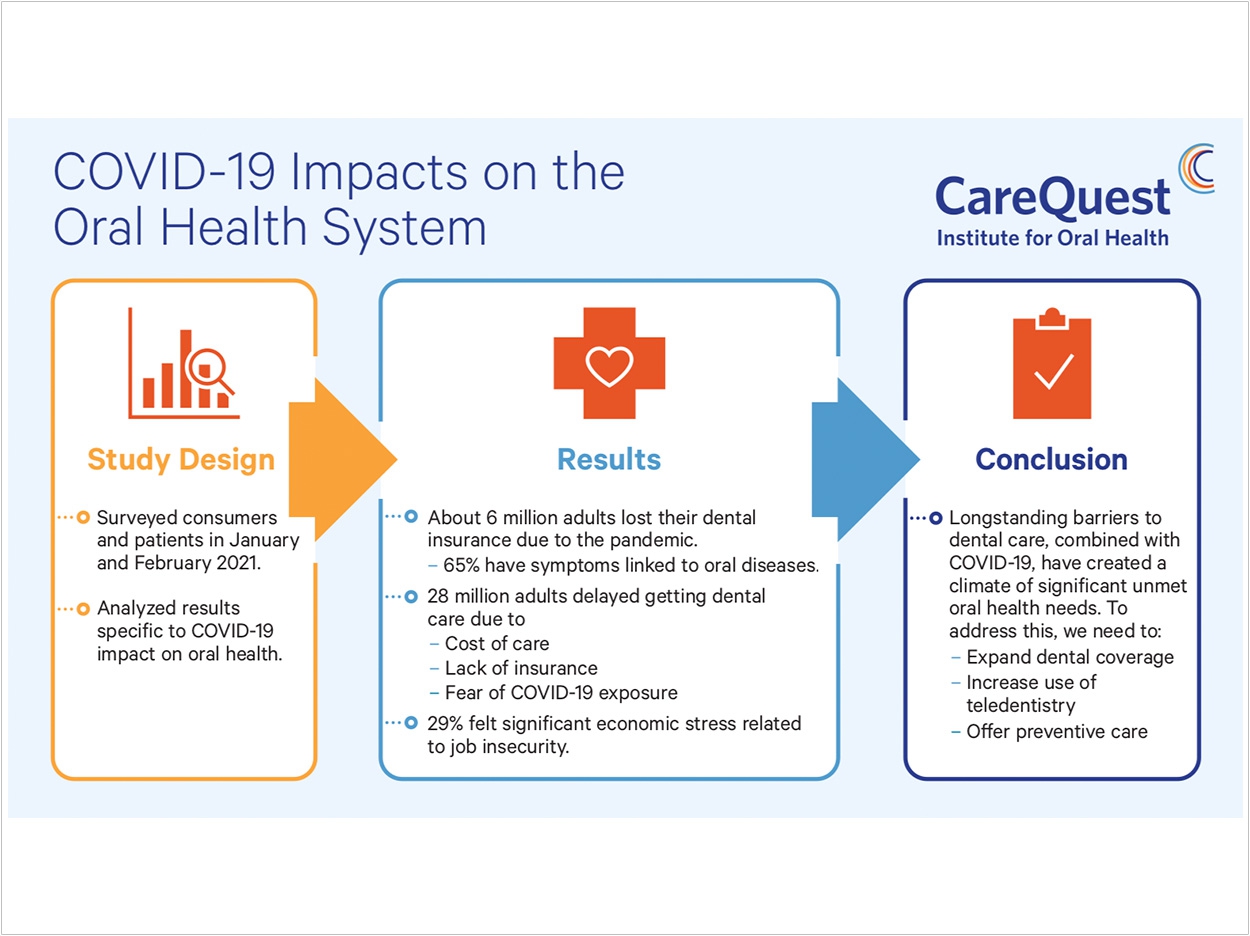 The nation’s healthcare system, including hospitals and ambulatory care centers, should expect a significant spike in the need to treat oral disease and address its impact on overall health, reports the CareQuest Institute for Oral Health after its survey of more than 5,000 Americans.

The survey reveals a lack of dental benefits due to job loss, delays in care due to cost of care, and concerns about exposure to the coronavirus as major contributors to the anticipated surge in oral health treatment needs, CareQuest said.

“As we emerge from the depth of the pandemic, we expect to confront an additional challenge caused by the untreated health needs of so many people, particularly among historically marginalized communities,” said Dr. Myechia Minter-Jordan, president and CEO of the CareQuest Institute for Oral Health.

“Our survey shows that millions of people have lost coverage and delayed care during the pandemic, and many are already showing signs of oral health disease. This will impact all of us because of the potential this surge has to further strain our healthcare system,” said Minter-Jordan.

“We know poor oral health has a direct tie to poor overall health. At the CareQuest Institute for Oral Health, we are putting everything we have—our research, grants, advocacy, education, and health improvement programs—to address this crisis and build a health system that works for everyone,” Minter-Jordan said.

According to the survey, about 6 million adults in the United States have lost dental insurance as a result of losing their jobs because of the pandemic. Among those who identified the pandemic as the reason why they lost their dental insurance, 65% reported having an oral health symptom that often stems from a disease affecting teeth, gums, or other oral tissues.

Also, approximately 28 million adults have delayed getting dental care because of one or more concerns, including the cost of care, lack of insurance, or concerns about risk of exposure to the virus. This suggests that lack of dental coverage and inaccessibility of affordable care is further fueling the ongoing oral health crisis in the United States, the organization said.

Research has shown that adults who lack coverage for preventive or restorative dental care often put off care until pain prompts them to visit a hospital emergency department. These visits are expensive, costing $2.7 billion in 2017, and rarely address the root cause because emergency departments are not equipped to properly treat oral disease, CareQuest said.

Given the link between oral health and a variety of chronic health conditions, CareQuest said, the anticipated rise in oral diseases has serious implications for the broader healthcare system and the overall health of the population.

“This report should serve as notice to the healthcare provider community that as the pandemic recedes, the health system could face a tsunami of patients with severe health issues that have gone untreated over the last year,” said Minter-Jordan.

“This increased need for care will consist of a disproportionate share of individuals from historically marginalized communities seeking care from places like emergency departments that are ill equipped to address their oral health needs,” Minter-Jordan said.

“When a lack of insurance, cost barriers, and other access issues prevent millions of Americans from receiving basic oral healthcare, there is no question that our system does not work for everyone,” said Minter-Jordan.

Like the COVID-19 pandemic, CareQuest said, the oral health crisis is disproportionately impacting communities of color, those living in rural communities, people with disabilities, older adults, and other historically marginalized groups.

While the new data illustrate the compounding effects of the pandemic on disparities in health, these disparities are not new, CareQuest said. Prior research has shown that Americans in poverty are 2.5 times more likely to have an unmet dental need due to lack of insurance.

Also, CareQuest said, Black adults are 68% more likely to have an unmet dental need than white adults, and nearly four in 10 Black and Latinx adults reside in 14 states where Medicaid’s adult dental benefits cover no services or emergency-only care.

Additional reports from CareQuest will similarly include actionable insights based on the results of the national survey and will be released in the coming weeks and months. The survey, “State of Oral Health Equity in America,” will be conducted on an annual basis.

Taken together, the reports will allow health professionals, policymakers, and thought leaders to better understand the state of oral health equity in the United States and drive progress in eliminating barriers to excellent health for everyone, CareQuest said.

DentaQuest to Provide Medicaid and CHIP Dental Coverage in Louisiana 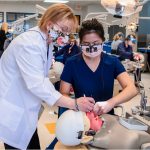 Previous post ADHA Names Horne Its 2021 Educator of the Year 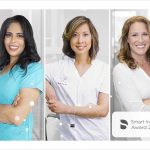