New research dictates that vitamin D may protect gums from the types of bacterial infections that can develop into gingivitis and periodontitis.

To compile the data, laboratory-grown gingival cells were treated with vitamin D and the production of an endogenous antibiotic increased. It also killed a larger number of bacteria than cells that were left untreated. This paper appears in the June issue of the journal Infection and Immunity.

Periodontitis, one of the leading causes of tooth loss, impacts around half of all Americans because many are deficient in vitamin D.

Gill Diamond of the University of Medicine and Dentistry of New Jersey determined that vitamin D could stimulate white blood cells to produce natural proteins that sport antibiotic activity, so he wanted to test this information in other areas. Specifically, the research indicated that vitamin D could enable the lung cells to produce LL-37, which is a natural, antibiotic protein that kills bacteria.

This information was parlayed into research that may help cystic fibrosis patients. The research was also demonstrated to be correct in regard to the way it affects gingival cells.

Vitamin D stimulates gingival cells to produce a protein called TREM-1. There isn’t much known about this protein, but the belief is that it’s made of white blood cells.

The research also indicated that vitamin D is involved with several genes that weren’t thought to be a part of the vitamin D pathway.

In addition, there’s the possibility that vitamin D has the power to reactivate forms of vitamin D that are inactive. There are many more studies on the way to fully understand all of the capabilities of vitamin D, but this development should improve oral health. 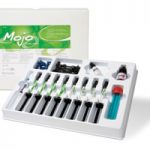 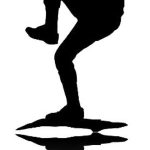