The super-sizing of all forms of American transit continues apace: First ambulances, then buses, and now crash test dummies are having to be enlarged in response to the country’s obesity epidemic.

Current child safety seats for kids between one and four years old are tested up to a maximum of 40 pounds, while belt-positioned booster seats, which protect kids weighing more than 40 pounds, are only safe for taller children aged four and above. The problem is that overweight and obese toddlers are reaching 40 pounds by the age of two and a half, which means that they are too heavy for the forward-facing safety seats and too young and short for the shoulder-best booster seat.

This issue was supposed to be addressed as early as 2002, with “Anton’s Law.” Anton Skeen was a 50-pound four-year-old who died when his seat belt failed in a car crash in 1996. The Washington Post reports that, although Anton’s Law required a lifelike, heavier crash test dummy to be developed within two years, “the 78-pound dummy is still in development nearly a decade later.”

Curiously, the Daily Mail explains part of this delay on “the reluctance of testers to use child cadavers to gain vital research into how a toddler’s body reacts to crashes.”

The alarming and unfortunate result is that parents of overweight kids have no federal assurance that the car seats currently on the market will protect their children in the event of a crash. 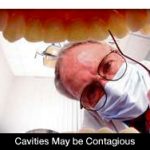 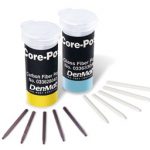