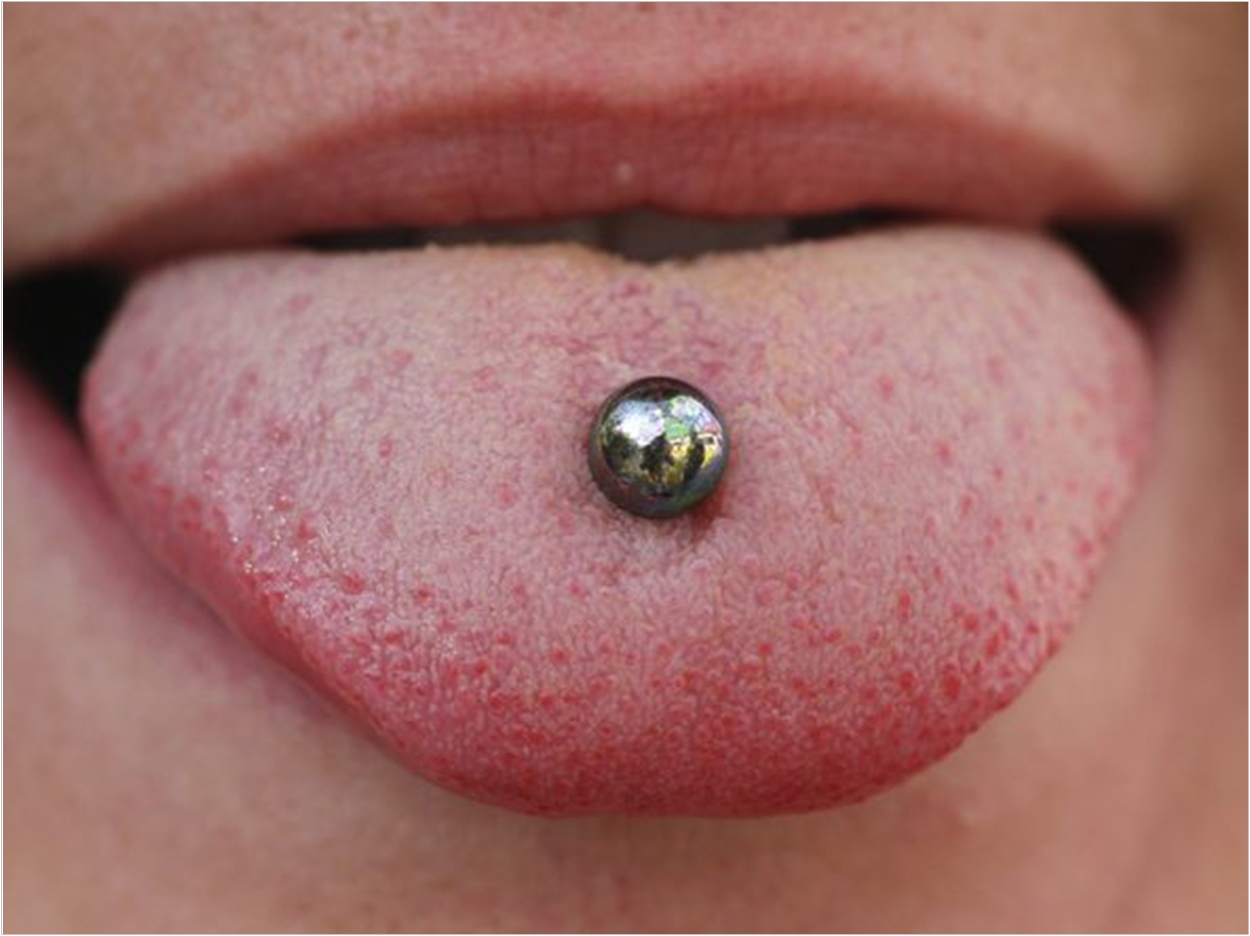 Though considered trendy and fashionable in some circles, tongue piercings may affect nearby gums and teeth, according to a pair of studies presented at the European Federation of Periodontology’s EuroPerio9 conference, June 20 to June 23 in Amsterdam.

“My interest in piercings began when a young female patient presenting unusually severe periodontal destruction was referred to my clinic,” said Clemens Walter, DMD, of the Department of Periodontology, Endodontology, and Cariology at the University of Basel in Switzerland and author of the first study.

“The patient was periodontally healthy with the exception of the lower incisor teeth. We could not identify any known risk factors. The patient had a tongue piercing. Nonsurgical and advanced surgical treatment was performed and was not successful. The patient lost teeth. Since then, I have been curious about this association and started to collect cases,” Walter said.

The 18 subjects in Walter’s study, including 14 females, were drawn from a database of more than 1,400 patients treated at the university. The mean age was 28.3 years, ±7.7 years. Three of the patients wore both a lip and a tongue piercing, for a total of 14 tongue piercings and seven lip piercings.

“Due to ethical considerations, it seems impossible to conduct a prospective study. Therefore, the suitable design to answer our question was a retrospective study/case series,” said Walter.

“We found an association between oral piercings and increased periodontal inflammation, as evident by increased bleeding on probing and increased probing depth and/or attachment loss. The closer teeth were to a tongue piercing, the more affected they were,” said Walter.

“Acknowledging the growing data from all over the world, we now try to create awareness about the consequences of piercings for oral health, and we counsel our patients to remove piercings in order to decrease the risk for dental and periodontal complications,” said Walter.

In the second study, Dr. Bernard Loir of Brussels found repeated gum damage due to the chronic pressure of metal against teeth and gums during tongue movements in speaking, eating, or swallowing in a pair of female patients, age 27 and 32.

This gum damage also was associated with gum bleeding and infection, causing deep lingual infrabony lesions and periodontitis. The tongue piercings were used for eight to 10 years and finally removed after abscesses, teeth mobility, and migration.

“The lesions were localized on the lower incisor’s lingual side, close to a tongue piercing (the most frequent oral localization of these devices, followed by the lip),” said Loir.

“Periodontal complications occurred in a location hardly visible for the patient, and as these teeth have very short roots, tooth mobility and tooth loss in the aesthetic area may be quickly encountered, an uncomfortable situation for such young and mostly female patients,” said Loir.

“For both patients, time consuming and costly surgical treatment and antibiotics were needed, and complete regeneration of the lost tissue could not be achieved,” Loir said.

“Young patients with oral piercings should be made aware of the local and global health risks they take by wearing these useless devices, especially if they compound the risk by smoking and a lack of proper dental hygiene. Piercings interfere daily with chewing, swallowing, and speaking, and the rate of complications is very high in the available literature,” said Loir.

“Early complication is usually infection due to lack of hygiene in the piercing saloon or when done by the patients themselves with nonsterile material. Bleeding and swelling of the tongue is also very common and may represent a danger for a patient with cardiovascular disease, but late complications also occur, such as swallowing the jewelry, teeth chipping, and gum recession with lip piercings,” Loir said.

“Other complications occur in a more silent mode, such as lingual gum recession and bone loss, causing tooth mobility, migration, and loss. Other life-threatening diseases such as viral contamination (hepatitis, papilloma virus), endocarditis, and cerebral abscesses have also been registered,” said Loir.

“While awareness with respect to oral complications associated with piercings seems to be slowly increasing, there is yet much to be done,” said Walter. “We are continuing with our research and hope to recruit more patients in order to increase our database.”

Know the Risks Before Adding Phlebotomy to Your Dental Practice 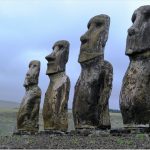 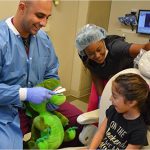