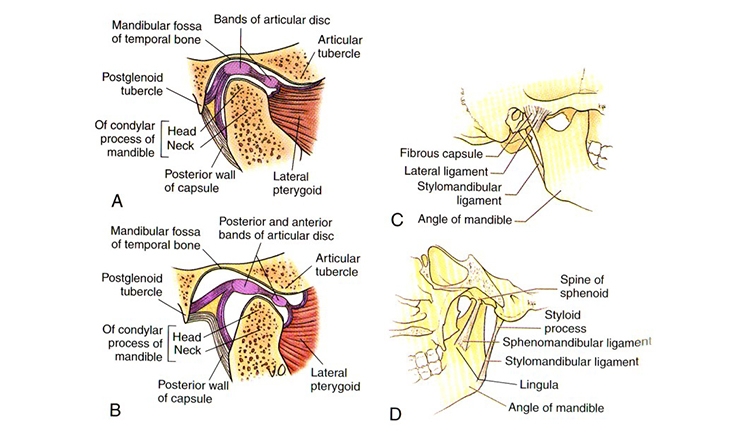 Meniere’s disease is a common disorder of the inner ear that affects more than 615,000 people in the United States. It causes episodes in which they feel as if they are spinning (vertigo). They also may have fluctuating hearing loss, ringing in the ear (tinnitus), and sometimes a feeling of fullness or pressure in their ear. It is a very frustrating condition because, as of now, there is no known root cause or cure available.

However, several studies have shown a direct connection between Meniere’s disease and temporomandibular disorders (TMDs), which share many of the same debilitating symptoms. Recently, 2 of my patients have experienced improvement in their Meniere’s symptoms as a result of the neuromuscular treatment of their underlying TMD. With the growing research in the overlap of these conditions, it gives people hope in managing their Meniere’s symptoms if their TMD is addressed.

The signs and symptoms of Meniere’s disease include the following:

What is striking is that every one of the symptoms of Meniere’s disease is commonly found with TMD: tinnitus, pain or pressure in the ears, and dizziness. Tension headaches, neck pain, and migraines also seem to go hand in hand with patients suffering from Meniere’s disease.

When the ear aches, most patients conclude that it is an ear infection and go see their primary physician or ear, nose, and throat specialist. If an examination by the physician is normal, the source of the ear pain could actually be a direct result of a misaligned bite or underlying TMD.

The accepted fact in the dental arena is that 90% of all TMD symptoms are muscular in origin. The muscles that are associated with the ear are mostly controlled by the trigeminal nerve, which also innervates the major muscles of the head and neck. Poor alignment of the jaw can lead to compression of the trigeminal and facial nerves and spasms of any of these muscles, leading to head, neck, and ear pain.

The misalignment of the joint can also affect the nearby ear structures, due to pressure on the petrotympanic fissure and tympanic bone. In a TMD, the condylar head is often displaced posteriorly, resulting in compression of many vital structures and leading to increased pressure in this area, causing these ear symptoms.

When a person’s bite is in malocclusion, the muscles of mastication and associated posture muscles have to compensate. This constant compensation can lead to muscle spasms and trigger points, many of which are close to the ear. The result of this is the compression and bunching of the tensor veli palatini and muscular reponse by the lateral pterygoid and medial pterygoid muscles, especially in a bite that has deficient vertical dimension (Figure 1).

A study by Bjorn and Agerburg showed that a coordinated treatment of TMD in patients with Meniere’s disease is an effective therapy for symptoms of this disease. The results also suggested that Meniere’s disease has a clear association with TMD and that these ailments appeared to be caused by the same stress, nervousness, and muscular tension.

TMDs affect many people’s quality of living and can present themselves through many symptoms, such as clenching and grinding of the teeth. Clenching and grinding often results in muscle spasms in the jaw. Other signs and symptoms of TMDs include headaches or migraines, jaw pain, neck pain, recurring episodes of vertigo, ringing in the ears (tinnitus), and fullness in the ears or ear congestion—again, much like the symptoms of Meniere’s disease.

Several cases of Meniere’s have been completely resolved through neuromuscular treatment to align the jaw properly. This leads to the relief of stress on the socket of the temporomandibular joint, which in turn allows the nerves and muscles, which are extremely close to the socket, to go back to normal as well.

A technique called neuromuscular dentistry utilizes computer analysis, jaw tracking, and muscle relaxation to diagnose and treat the muscular symptoms of TMDs. By relaxing the main facial muscles with a Myotronics Myomonitor TENS (transcutaneous electroneural stimulation) unit and manual decompression, we then register this untorqued and physiologic rest position and have an anatomic orthotic fabricated for our patient (Figures 2 to 5). This approach is very successful in improving or eliminating the chronic pain and discomfort that patients have been living with for years. I see this frequently in my own office.

My father was diagnosed with Meniere’s disease about a year ago. Since we began treating him with a neuromuscular appliance, we have eliminated his vertigo attacks, and the ringing in his ear has reduced significantly. Recently, an audiologist patient of mine who was also diagnosed with Meniere’s disease is almost completely resolved of all of her ear symptoms after being treated with this approach.

The unpredictable episodes of vertigo and the prospect of permanent hearing loss can be the most difficult problems of Meniere’s disease. It can interrupt your patients’ lives and cause fatigue, emotional stress, depression, and anxiety. Vertigo can cause them to lose balance, increasing their risk of falls and accidents while driving or operating heavy machinery.

In cases when the cause of vertigo or hearing issues cannot be isolated and normal treatments are not effective, exploration of the potential cause being rooted in TMD may be a next step. Overwhelming evidence has shown that seeking treatment for coexisting conditions could be the answer Meniere’s patients are looking for to get relief.

Dr. Haddad is a partner with Doolin Haddad Advanced Dentistry, a practice in Rochester, Mich, focusing on cosmetic, implant, and TMDs. He is a Fellow of the Las Vegas Institute for Advanced Dental Studies. He completed his dental education at the University of Michigan and also holds a BA in psychology from the University of Michigan. He lectures nationally on cosmetic dentistry, TMDs and sleep disorders, and practice marketing. Dr. Haddad also owns the Michigan Center for TMJ and Sleep Wellness in Troy, Mich. He can be reached at drhaddad@rochesteradvanceddentistry.com. 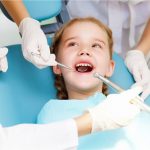 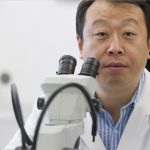