A new nationwide study by Verasoni Ah Ha! (The Research arm of Verasoni Worldwide), of how dentists use Facebook to promote their practice reveals that dentists are at a loss on Facebook. Data from the study reveal that dentists do not yet understand how to leverage social media channels such as Facebook to engage patients, despite the patient’s and consumer’s growing engagement with this medium. The study concludes that dentists have not strategically positioned their practices on Facebook, nor have they focused on developing and growing their network.

“There is a clear disconnect between the potential of the medium and its utility by dentists. Very few dentists truly understand how to leverage Facebook and other social media properties,” said Abe Kasbo, CEO of Verasoni Worldwide. “The results of this study are no surprise, and falls in line with some other industries. While Facebook has depth and breadth in terms of the sheer number of people participating in its network, it’s still a relatively young medium and the learning curve is steep, especially for dentists.”

The study found that Facebook’s search capabilities are not as robust as major search engines such as Google. When searching for “dentist” by state (using the full name of the state in one search, and the abbreviation in another), results yielded a total of 229 dentists nationally, with Texas (18) and New Jersey (17) yielding the most dentists, while several states including Wyoming, Connecticut, and Montana yielded zero.

The study found 47% of dentists in the sample did not have any posts on their Facebook property, while only 30% of dentists seldom posted.

Additional highlights from the study include:

Only 37 dentists representing 16% posted monthly, while 15 dentists or 7% posted often. 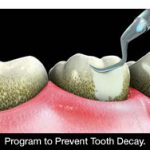