Study Claims Smile is Key to Everything

An attractive smile leads to success and happiness.

That’s what many people assume, according to a dental research group in the United Kingdom. More than half of the people surveyed believe that a nice smile can have a positive impact on the rest of your life. About 60 percent of the people surveyed thought an unattractive smile prevented a person from finding a good job or attracting a life partner.

Although the results appear to make sense based on the way society feels, the amount of people that don’t visit the dentist is higher than expected. 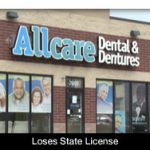