There are about 20 million Americans who see a dentist and not a doctor each year.

That’s why a New York University study is stating that it could be beneficial if dentists began to screen for health disorders like high blood pressure, diabetes and heart disease. The NYU research team looked over data from more than 31,000 adults who partook in the 2008 U.S. National Health Interview Survey.

This study appeared in the American Journal of Public Health.

The information indicated that 26 percent of children did not see a general healthcare professional, including a physician, nurse, physician’s assistant or nurse practitioner. One third of these children, however, did visit a dentist in 2008, the year when the study was conducted.

The numbers are similar for adults. Only 25 percent of adults didn’t see a general healthcare provider but a quarter of them saw a dentist.

Among the people who were part of the study, 85 percent of adults and 93 percent of children had health insurance but chose not to take advantage of it.

The only way health problems could be detected for many of these people is if their dentist could do it. The study suggested it would be helpful if the dentists performed basic health procedures, such as checking blood pressure, and using clinical observation and x-rays to look for any possible health problems. 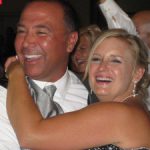