Scientists’ picture of how a gene strongly linked to Alzheimer’s disease harms the brain may need to be revised.

People with harmful forms of the APOE gene have up to 12 times the risk of developing Alzheimer’s disease compared with those who have other variations of the gene.

Many researchers believe that the memory loss and cognitive problems of Alzheimer’s result from the buildup over many years of brain amyloid plaques. The plaques are made mostly of a sticky substance called amyloid beta.

For years, researchers have thought that the APOE gene increases Alzheimer’s risk by producing a protein that binds to amyloid beta. Scientists thought that this bond could make it easier for plaques to form.

But a new study shows that APOE and amyloid beta don’t bind together in cerebrospinal fluid and in fluids present outside cells grown in dishes.

This means they are unlikely to bind together in the fluids circulating in the brain. The cerebrospinal fluid was taken from people who were cognitively normal but have forms of APOE that increase the risk of Alzheimer’s.

“This is the first time we’ve looked at naturally produced APOE and amyloid beta to see if and how much they bind together, and we found that they have very little interaction in the fluids bathing the brain,” said David M. Holtzman, professor of neurology at Washington University School of Medicine in St. Louis. “This suggests that we may need to rethink any therapeutic strategies that target APOE to slow amyloid plaque accumulation and Alzheimer’s.”

According to Holtzman, leading Alzheimer’s researchers recently agreed that targeting APOE is a promising approach both for gaining a better understanding of and improving treatments for Alzheimer’s. But to do that, scientists must first fully understand how the harmful forms of APOE increase risk of the disease.

“APOE is a major player in Alzheimer’s, there’s no question about that,” said Philip Verghese, a postdoctoral research associate. “We did some additional studies in mice and cell cultures that suggested the APOE protein may be blocking a pathway that normally helps degrade amyloid beta.”

APOE is involved in the metabolism of fats, cholesterol, and vitamins throughout the body. Scientists have identified three different forms of the gene that each make a slightly different version of the protein.

One version, APOE 2, produces a protein that significantly reduces Alzheimer’s risk. Another, APOE 4, increases risk. Each person has two copies of the gene, and if both copies are APOE 4, the chance of developing Alzheimer’s rises dramatically.

“About 60 percent of the patients we see in the Alzheimer’s clinics have at least one copy of APOE 4,” Holtzman said. “In contrast, only about 25 percent of cognitively normal 70-year-olds have a copy of APOE 4.”

“We also found that APOE 2, the protective form of the protein, doesn’t bind to amyloid beta in body fluids,” Verghese said.

In follow-up studies, Verghese showed that APOE and amyloid beta “compete” to bind to a receptor on support cells in the brain known as astrocytes.

“Studies by other researchers have shown that astrocytes can degrade amyloid beta,” Verghese said. “The receptor we identified may be important for getting amyloid beta into the astrocyte so it can be broken down. It’s possible that when the harmful forms of APOE bind to the receptor, this reduces the opportunities for amyloid to be degraded.”

The researchers are planning follow-up studies of the effects of APOE-blocking treatments in mice. The current findings are available online in the Proceedings of the National Academy of Sciences. 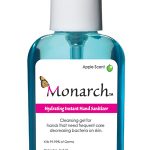