Left-handed people are relatively rare because of the balance between cooperation and competition in human evolution, according to a new study of sports data.

Representing only 10 percent of the general human population, left-handers have been viewed with suspicion and persecuted across history. The word “sinister” even derives from “left or left-hand.”

Researchers at Northwestern University now report that a high degree of cooperation, not something odd or sinister, plays a key role in the rarity of left-handedness.

They developed a mathematical model that shows the low percentage of lefties is a result of the balance between cooperation and competition in human evolution.

Professor Daniel M. Abrams and graduate student Mark J. Panaggio—both right-handers—are the first to use real-world data (from competitive sports) to test and confirm the hypothesis that social behavior is related to population-level handedness.

The results are published this week in the Journal of the Royal Society Interface.

“The more social the animal—where cooperation is highly valued—the more the general population will trend toward one side,” said Abrams, an assistant professor of engineering sciences and applied mathematics at the McCormick School of Engineering and Applied Science. “The most important factor for an efficient society is a high degree of cooperation. In humans, this has resulted in a right-handed majority.”

If societies were entirely cooperative, everyone would be same-handed, Abrams said. But if competition were more important, one could expect the population to be 50-50. The new model can predict accurately the percentage of left-handers in a group—humans, parrots, baseball players, golfers—based on the degrees of cooperation and competition in the social interaction.

The model helps to explain our right-handed world now and historically: the 90-10 right-handed to left-handed ratio has remained the same for more than 5,000 years. It also explains the dominance of left-handed athletes in many sports where competition can drive the number of lefties up to a disproportionate level.

Cooperation favors same-handedness—for sharing the same tools, for example. Physical competition, on the other hand, favors the unusual. In a fight, a left-hander would have the advantage in a right-handed world.

Abrams and Panaggio turned to the world of sports for data to support their balance of cooperation and competition theory. Their model accurately predicted the number of elite left-handed athletes in baseball, boxing, hockey, fencing, and table tennis—more than 50 percent among top baseball players and well above 10 percent (the general population rate) for the other sports.

On the other hand, the number of successful left-handed PGA golfers is very low, only 4 percent. The model also accurately predicted this.

“The accuracy of our model’s predictions when applied to sports data supports the idea that we are seeing the same effect in human society,” Abrams said.

Handedness, the preference for using one hand over the other, is partially genetic and partially environmental. Identical twins, who share exactly the same genes, don’t always share the same handedness.

“As computers and simulation become more widespread in science, it remains important to create understandable mathematical models of the phenomena that interest us, such as the left-handed minority,” Abrams said. “By discarding unnecessary elements, these simple models can give us insight into the most important aspects of a problem, sometimes even shedding light on things seemingly outside the domain of math.” 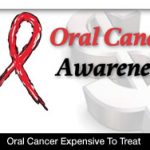 Previous post Oral Cancer Could be Most Expensive to Treat 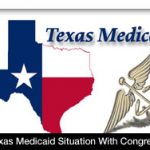