Some Texas Dentists Will Do Anything to Treat Medicaid Patients

Medicaid dentistry is booming in Texas thanks to the unregulated free enterprise that exists in the state.

There’s an incidence in which a dentist performed four pulpotomies and placed four steel crowns on the teeth of a 19-month-old, according to the report on wfaa.com. The cost was nearly $1,300 for taxpayers. According to an independent review of the x-rays of that child’s teeth, the procedure was excessive and likely not necessary in that case.

Not surprisingly, the child developed two abscesses less than six weeks after the process.

According to records obtained in the report, Texas spent $145,349,000 on pulpotomies and crowns in 2010. For comparison’s sake, California, which has double the number of children as Texas, spent $54,285,000 during the same year.

The Bear Creek Family Dentistry business, which has five Texas locations, earned $7,831,000 for pulpotomies and steel crowns in 2010. The entire state of Florida spent about $2.5 million less than that.

Bear Creek Family Dentistry hasn’t responded to the allegations and nothing has been proven in a court of law. 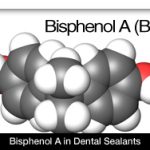