Some Dentists Call for Expansion of HPV Vaccination

There are some dentists around the world who want more people to be vaccinated for human papilloma virus.

In the United Kingdom, there’s a vaccination program for girls. Dentists and other people the medical profession, however, want boys to now be included in the program.

HPV is a huge risk factor for cervical cancer but it has also been linked to oral cancer. The amount of throat cancer cases has roughly doubled in the last 15 years and much of that has been because of HPV. Drinking and smoking are some of the other risk factors.

The HPV vaccination was originally created for the purpose of protecting teenage girls against cervical cancer. But with the increase in cases of HPV, there’s also been a large increase in cancer risk for teenage boys. HPV can be spread through kissing or oral sex even though most people are unaware of the disease’s presence.

Researchers have concluded that boys with HPV are more at risk for developing throat cancer than girls are. The reason can be traced to the fact that there is a larger concentration of viral cells in the female genital tract.

If the vaccination is given to more people, the number of cases of throat cancer will begin to decline after rising the last several years. 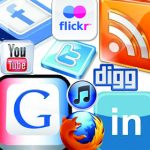 Previous post Dawn of Social Networks: Ancestors May Have Formed Ties Based On Shared Attributes