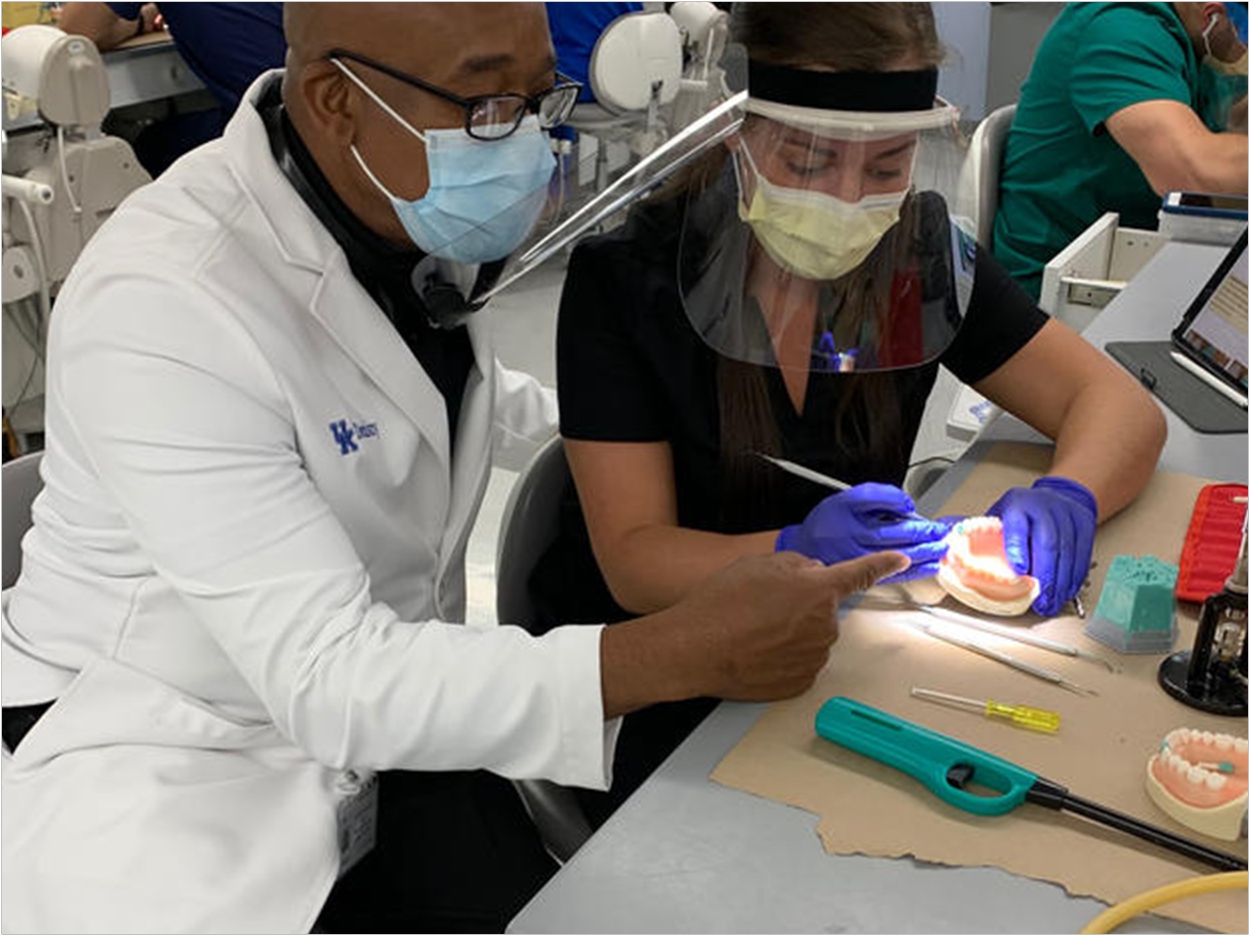 Dr. Zindell Richardson was a University of Kentucky College of Dentistry (UKCD) student in the early 1980s and admits that it wasn’t always easy as an African American student away from home for the first time.

In July 2020, Richardson returned to the college as chair of the Department of Oral Health Science. Now, after more than 35 years in the field, he hopes to share his knowledge and experience to help dental students from all backgrounds succeed.

Originally from Campbellsville, Kentucky, Richardson earned his undergraduate degree in chemistry at Campbellsville University and his DMD at UKCD in 1983. During his time as a dental student, he said he had a difficult time at first, being away from home for the first time.

“I attended college in my hometown and at an institution where my dad taught, so this was a big change for me,” he said. “I bonded with the three other black students in my class at UK, and my roommate, who is white, was a childhood friend. We graduated from high school, college, and UKCD, so that helped.”

Richardson said he quickly became fairly popular among his peers and had a great support group and study club, but he struggled to feel accepted by some of his professors.

“Those faculty who really took an interest in me made all the difference in my education at UKCD,” he said.

In his new role as department chair, Richardson said the dean, the executive staff, and the entire college have welcomed him with open arms. As the only African American associate professor for UKCD, he hopes to be an advocate for minority students.

“I want students to understand that opportunities are endless for doctors of color, not just African Americans, but for all underrepresented minorities,” he said. “I have lots of stories to share about my experience as an African American practicing dentistry, and I hope and pray that my impact is both positive and motivational.”

After graduating from UKCD, Richardson practiced general dentistry in Lexington for nearly two decades before joining the Air Force. His final duty station was in San Antonio, Texas, where he served as commander of the 59th Dental training Squadron (DTS) at Lackland Air Force Base. The 59th DTS is the largest dental squadron in the Air Force Medical Service and home to the Air Force’s Post Graduate Dental School.

“I like to think that my experiences have made me well-rounded, as I have worked in every aspect of our profession,” said Richardson, who has worked as an associate dentist, institutional and federal dentist, in solo and group practices, in academia, and in various dental administrative roles.

“This has allowed me to see every aspect of the opportunities afforded to a dental professional,” Richardson said. “When asked about particular opportunities and career paths, I can speak confidently from first-hand experience.”

UKCD dean Jeffery Okeson said Richardson is an exceptional individual and is a special addition to the college.

“Dr. Richardson enriches the experience of our students with his vast talents, intellect, and background,” said Okeson. “I recognized when he was a dental student that he would make a significant impact on the profession of dentistry, and he has. He brings his leadership experiences and enthusiasm to our college, which are second to none.”

So far, Richardson said the transition from the military to academia has been fairly smooth.

“I can honestly say the hardest transition has been figuring out what to wear every day. In the military, it is a no-brainer,” he said. “I am thankful for the opportunity to give back to the institution that gave me my calling in life and society.” 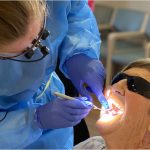 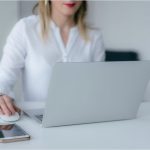